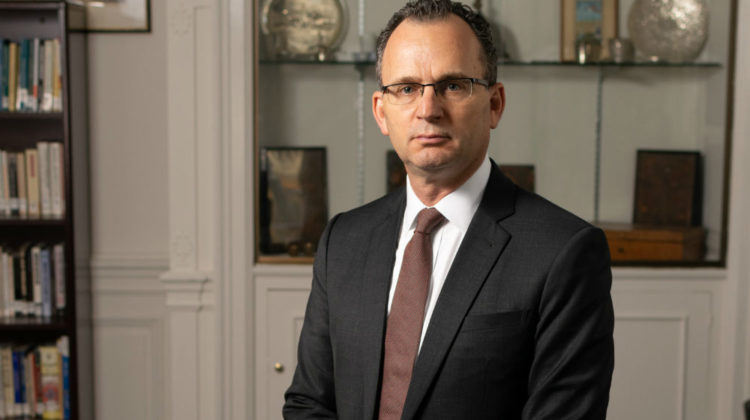 Dr. Paul Salem, former director of the Carnegie Middle East Center in Beirut and one of the world’s leading scholars on the Middle East, has been named president of the Middle East Institute (MEI). The announcement was made by MEI’s Board of Governors at its meeting on Monday, October 15. He succeeds Amb. (ret.) Wendy Chamberlin, who stepped down in July 2018 after serving nearly twelve years as president. [Source]

What is the Middle East Institute?

The Middle East Institute is the oldest organization in Washington devoted exclusively to the Middle East. It is dedicated to providing timely, non-partisan analysis of the region to policymakers, the media, and the interested public both within and beyond the Beltway.

Who is Paul Salem?

Dr. Salem graduated holds a B.A., M.A., and Ph.D from Harvard University. He taught at the American University of Beirut from 1989 till 1999 and founded the Lebanese Center for Policy Studies. He also served as director of the Fares Foundation before becoming a founding director of the Carnegie Middle East Center in Beirut and recently being named MEI president.

Dr. Salem focuses on issues of political change, transition, and conflict as well as the regional and international relations of the Middle East. He has a particular emphasis on the countries of the Levant and Egypt. Salem writes regularly in the Arab and Western press and has been published in numerous journals and newspapers. Salem is the author and editor of a number of books and reports including From Chaos to Cooperation: Toward Regional Order in the Middle East (ed. with Ross Harrison, 2017), Broken Orders: The Causes and Consequences of the Arab Uprisings (In Arabic, 2013), “The Recurring Rise and Fall of Political Islam” (CSIS, 2015), “The Middle East in 2015 and Beyond: Trends and Drivers” (MEI 2014), Bitter Legacy: Ideology and Politics in the Arab World (1994), Conflict Resolution in the Arab World (ed., 1997).

Salem is also a musician and composer of Arabic-Brazilian jazz. His music can be found on iTunes.