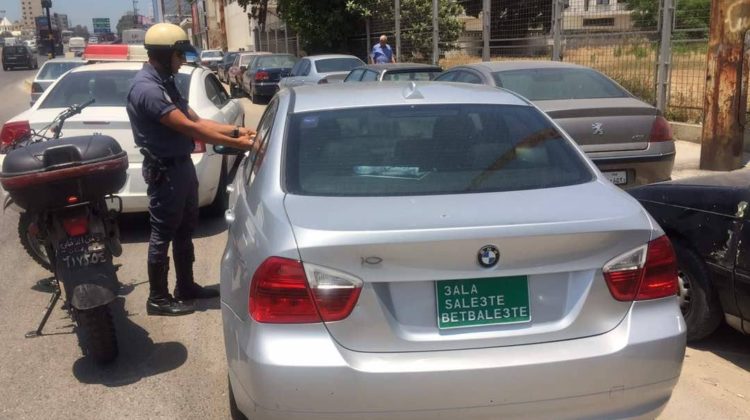 The ISF shared a picture yesterday of a car with an illegal license plate that says “3ala Sale3te Bitbale3te”. The driver will be fined somewhere between 1 million and 3 million liras according to the new traffic law.

It’s funny because on my way to Kobayat the other day, I spent my time counting the cars with no license plate numbers on the way. Someone should give this guy some credit for putting something up there instead of keeping it blank LOL! On a serious note, if this guy doesn’t have some wasta, WTF was he thinking? And who writes stuff like that on his plate number?

PS: The sad part is that he’s been using that plate for at least two years now.