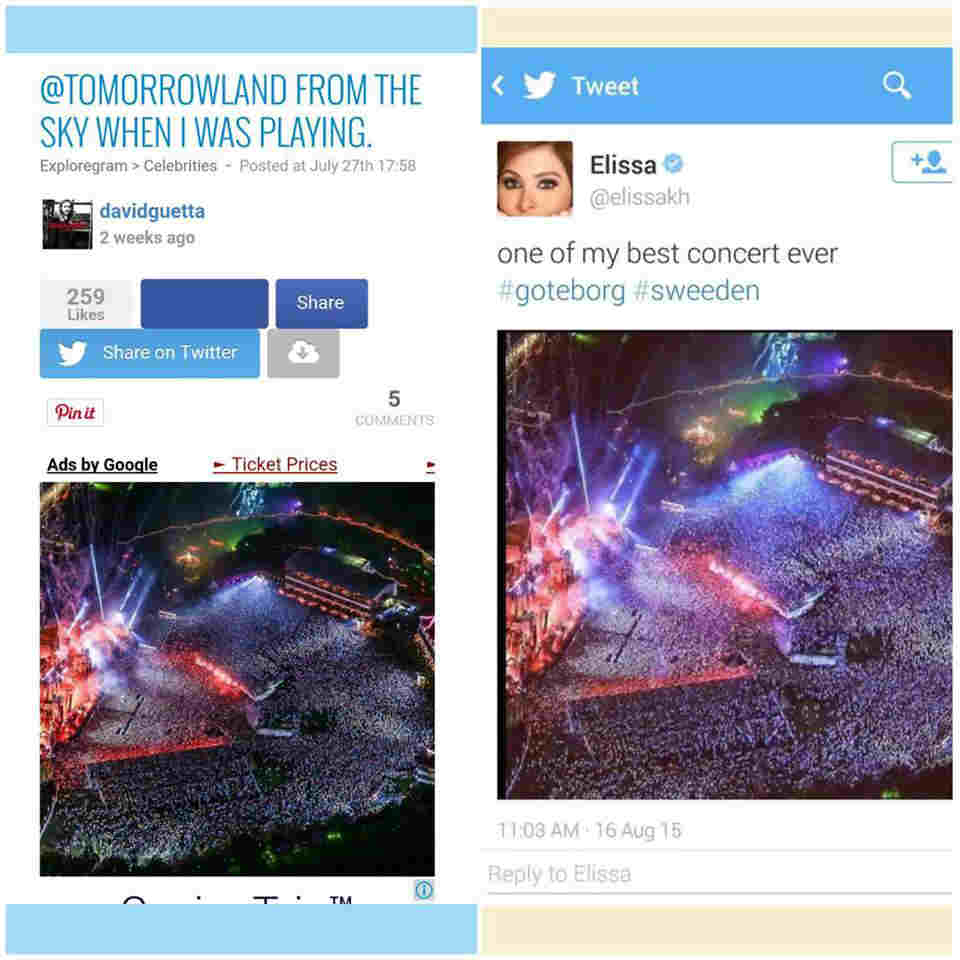 So Elissa was sharing pictures from her fans after her latest concert in Sweden and she retweeted by mistake a picture from David Guetta’s concert in Tomorrowland. She apologized later on and removed the picture, saying the crowd looked the same but it’s still a funny mistake.

However, the funniest part for me wasn’t the picture in itself but the fact that she has almost 7 million Twitter followers and still didn’t hire someone to proof-read her tweets. “One of my best Concert ever” LOL! 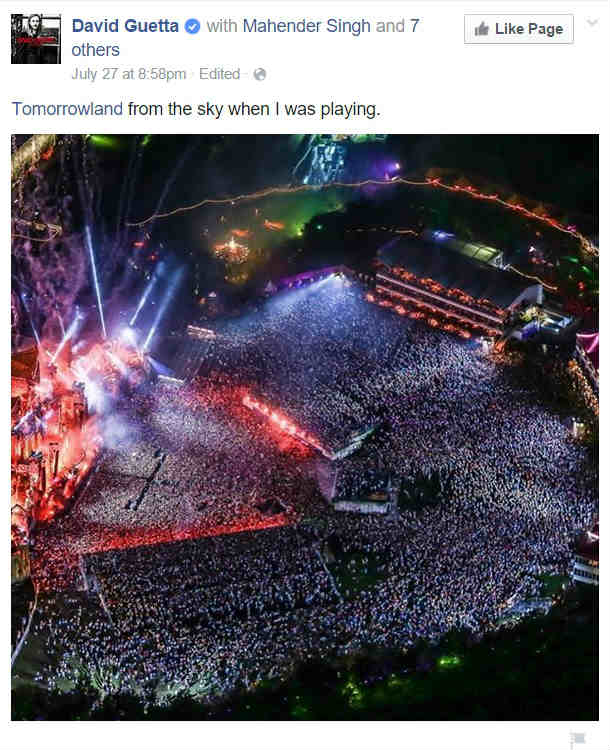