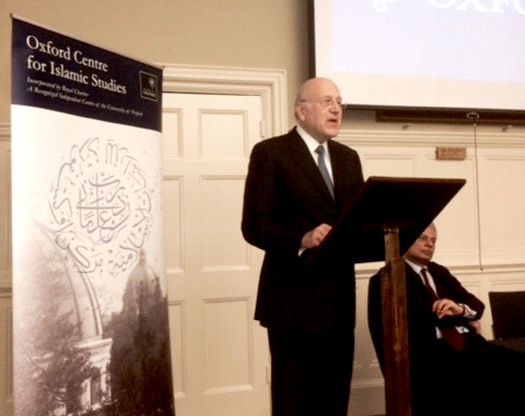 The Oxford Center for Islamic Studies was established in 1985 to encourage the scholarly study of Islam and the Islamic world and is headed by HRH The Prince of Wales. Nobel Peace Prize winner Nelson Mandella, Mrs Sonia Gandhi, The Prince of Wales and other distinguished statesmen and scholars have given lectures in the past years at the center. This year, former Lebanese Prime Minister Najib Mikati gave lecture on ‘Islam and the Challenges of Modernization’ which is quite an interesting topic to be honest.

I couldn’t find the full text yet but I spotted these tweets PM Mikati posted in the past few hours and that were part of his lecture apparently. I do agree that moderates should be taking the lead and become more proactive and I think Lebanon is in need of such moderates to contain extremist groups, specially in Mikati’s hometown Tripoli. I’ve always believed that Lebanon’s real problem is not just politics, but the lack of dialogue between different parties and the extremist views most Lebanese have in almost every topic (I’m finalizing a post on this topic).

I will update the post with the full text once available. 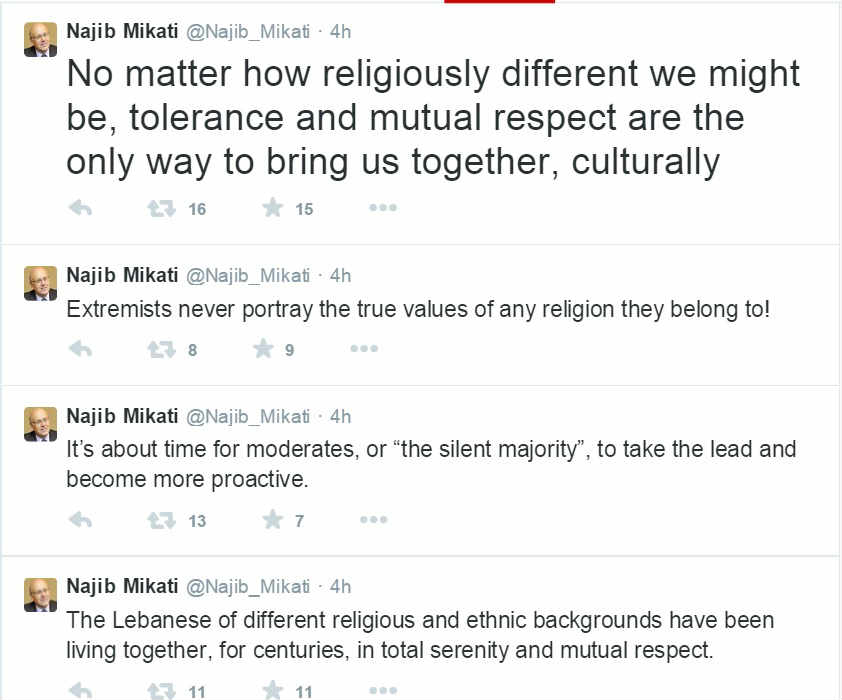