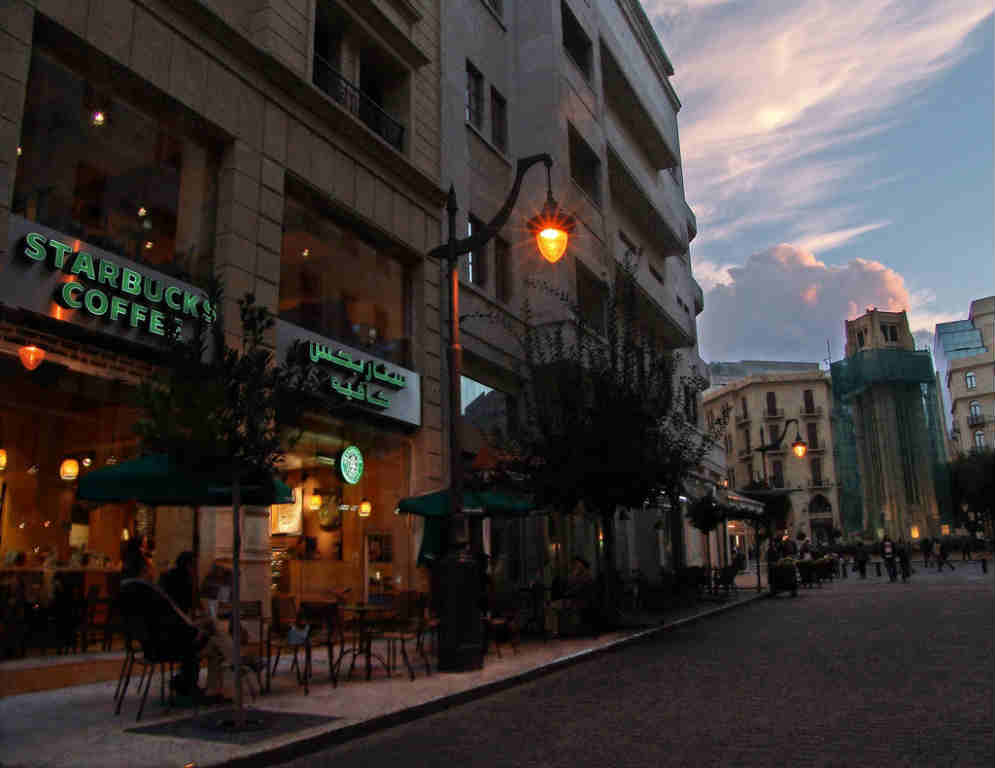 I’ve been hearing about boycott campaigns against Starbucks ever since I was in AUB some 10 years ago, and every time there’s a new conflict between Arabs and Israel, people ask for a new boycott and Starbucks once again updates its facts section to re-assert that it does not fund the Israeli government in anyway. I suggest you read this article to figure out if Starbucks is Zionist or not.

Personally speaking, I’ve been going to Starbucks since 2002 and never stopped simply because by boycotting Starbucks branches in Lebanon or anywhere in the Arab World, I am actually harming Lebanese employees and a Kuwaiti group (Alshaya WLL) and definitely not Howard Schultz (Remember Tripoli’s KFC?). Moreover, I don’t believe in boycotts in the first place and don’t think they will get anywhere specially in today’s world.

This being said, I respect people who wish to boycott Starbucks or any other “Zionist” business in their opinion, but I urge them to do it without spreading fake letters and stories and without intimidating others who don’t like boycotts.

You can find below the most recent facts about Starbucks in the Middle East, updated as of August 2014.

Is it true that Starbucks or Howard Schultz provides financial support to Israel?

No. This is absolutely untrue. Rumors that Starbucks or Howard provides financial support to the Israeli government and/or the Israeli Army are unequivocally false. Starbucks is a publicly held company and as such, is required to disclose any corporate giving each year through a proxy statement.

Has Starbucks ever sent any of its profits to the Israeli government and/or Israeli army?

No. This is absolutely untrue.

Is it true that Starbucks closed its stores in Israel for political reasons?

No. We do not make business decisions based on political issues. We decided to dissolve our partnership in Israel in 2003 due to the on-going operational challenges that we experienced in that market. After many months of discussion with our partner we came to this amicable decision. While this was a difficult decision for both companies, we believe it remains the right decision for our businesses.

Do you have plans to re-open should the opportunity arise?

We decided to dissolve our partnership in Israel in 2003 due to the on-going operational challenges that we experienced in that market.

When and where the business case makes sense and we see a fit for the Starbucks brand in a market we will work closely with a local partner to assess the feasibility of offering our brand to that community. We will therefore continue to assess all opportunities on this basis. At present, we will continue to grow our business in the Middle East as we have been very gratified by the strong reception of the brand in the region. We continue to work closely with our business partner, the Alshaya Group, in developing our plans for the region.

Do you work with a Middle East partner to operate Starbucks stores?

We are extremely fortunate and proud to have forged a successful partnership for the past fifteen years and look forward to building on this success. [via Starbucks]