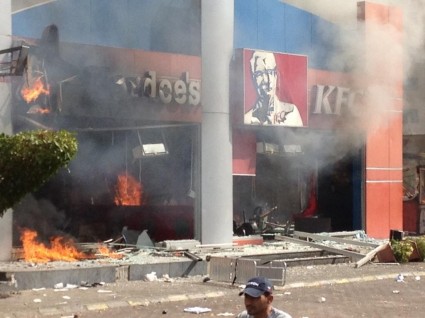 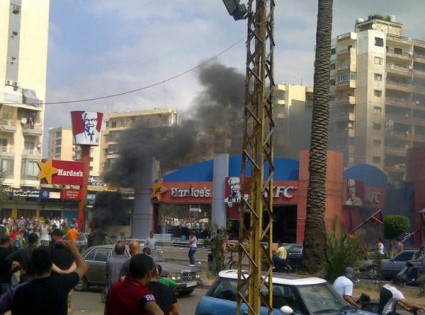 Few media sources are saying it was an angry Lebanese policeman who started the fire after his order was 20 minutes late. Others are saying Tripoli residents thought of holding a large BBQ to welcome the Pope and things went wrong. 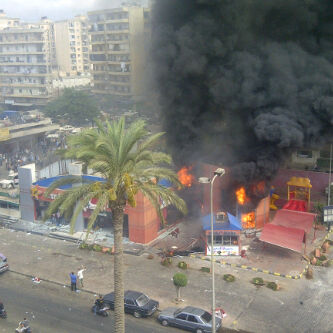