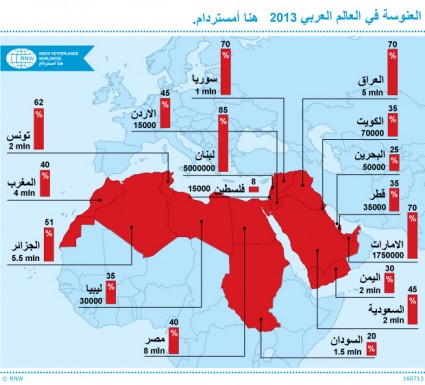 I’ve seen at least two Lebanese channels share these studies and discuss them but a simple looks at the original article and graph show that we have 5,000,000 unmarried women in Lebanon (And 1,750,000 women in the UAE). I know that’s probably a typing mistake but it says a lot about this so-called study.

More importantly, this whole concept of “عنوسة” should not be even considered as it is demeaning to women. If a woman is 40 years old and still single, it doesn’t mean she’s unhappy and couldn’t find the right guy for her. Marriage is not an obligation and women are free to do whatever they want with their lives.

Last but not least, I still think the 8 to 1 ratio in Lebanon is exaggerated and wrong.