Last week’s Kalam Ennas episode was about “Mim”, a private museum displaying Lebanese Salim Edde’s collection of over 1400 minerals, representing more than 300 different species from over 60 countries. Eddé’s collection is considered as one of the world’s paramount private collections which is impressive to say the least.

The museum is located on the Saint-Joseph University campus and is set to open very soon. Given that we barely have any museums in Lebanon, I think this is a great addition to the cultural attractions to visit for both tourists and Lebanese.

“Mim” is a private museum in Lebanon, located on the Saint-Joseph university campus in Beirut. More than 1400 minerals are exhibited there, representing more than 300 different species from over 60 countries.
Mr. Salim Edde has built up this collection since 1997. There you can discover pieces originating from a number of renowned collections –both old and more recent– as well as from the major mining discoveries of our era. It is now considered to be one of the world’s paramount private collections for the variety and quality of its minerals.
A didactic circuit, accompanied by screens showing films and scientific applications of mineralogy, will reveal a world of unsuspected marvels–priceless both from an aesthetic and scientific point of view. 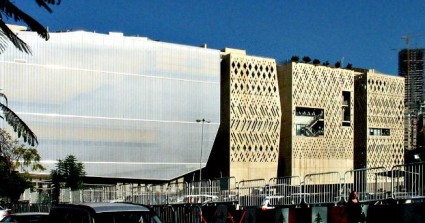