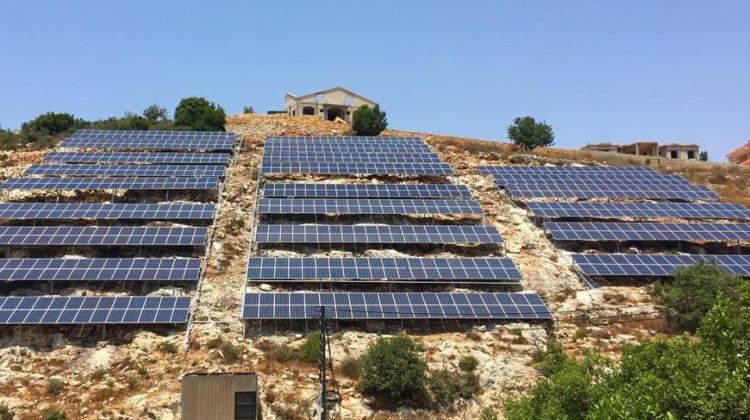 Qabrikha in South Lebanon has just implemented the first Community Solar System in Lebanon, whereas the entire village will be powered by the solar system installed and consisting of a 250 kWp solar PV coupled with diesel generators.

The solar system set up at the village is cost-effective and will not include any batteries. Instead, it is a hybrid PV-Diesel system that runs in parallel to the village’s diesel generators (saving on fuel consumption) and on the EDL grid when the electricity is on.

The best part about this project is that it’s making good use of the net-metering policy launched in 2011, whereas anyone who owns a renewable energy system can apply for a bi-directional meter. That way, whenever there’s an excess of solar energy generation, the system will inject it back into the grid, thereby reducing energy consumption.

In simple terms, you’re giving back energy you’re not using and reducing your electricity bills, while guaranteeing 24/7 electricity through a cost-efficient and environment-friendly setup.

That’s one awesome project and it shows once again that there are better solutions to the electricity crisis than bringing in more polluting and short-term power ships.