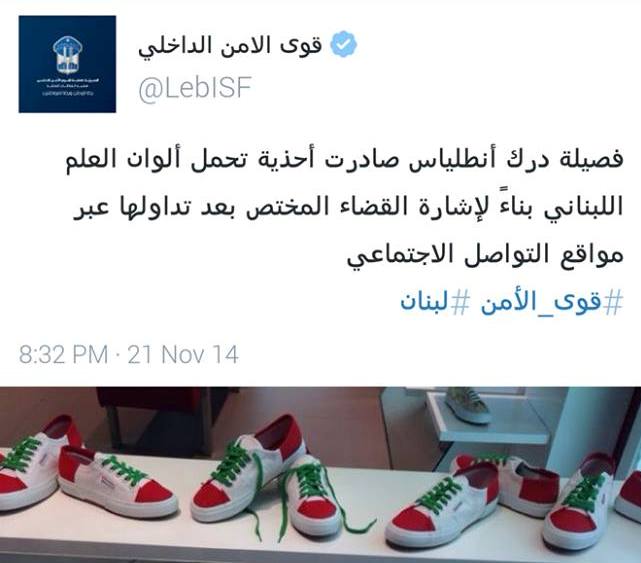 As you all know, highly hazardous and dangerous Lebanese flag shoes were confiscated two days ago for reasons that I still can’t understand. On another note, here are few meaningless issues that were taking place the same week:

1- The Lebanese authorities were unable to bring prisoners from inside Roumieh prison to show in court. I don’t know how that is even possible.
2- Fadel Shaker, who’s a highly wanted terrorist accused of killing Lebanese Army Soldiers, stated that he’s inside Ain el Hilweh.
3- Two innocent civilians were killed inside their home by known gunmen in the town of Btedi’i in the Bekaa, yet the Jaafar clan refuses to give away the murderers.
4- Half of Lebanon’s roads got flooded due to the latest storm including the Rafic Hariri airport.
5- Lebanon is still without a president.