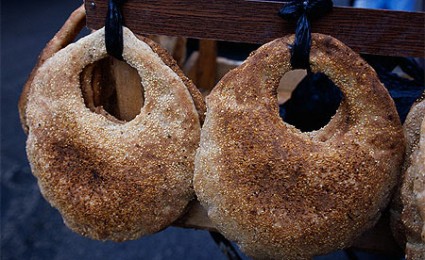 I was back from an outing yesterday when I joined my dad in watching Marcel Ghanem’s Kalam el Nass which happened to be on food regulation in Lebanon and health concerns after the poisoning that killed 1 young man and harmed 6 others at a restaurant in Jieh called Utopia. I myself was food poisoned a few times in the past few years with the last time being a week ago. There’s nothing you can do honestly except not going to that place you’ve been to.

The reports shown by LBCI were horrific and pretty much showed us that we should not be eating anywhere outside our homes. How people operate at the slaughter house is just disturbing and tests from few samples taken from supermarkets and shops showed high levels of poisonous substances at the AUB lab.

As far as the Jieh restaurant is concerned, the doctor who treated the young man who died made an interesting phone intervention on how the boy was only admitted 48 hours by his family and did not show signs of food poisoning. I am guessing he was hinting at drug abuse but I am not sure.

All in all, there’s no doubt that we don’t have efficient food regulation policies in Lebanon and from the political bickering that occured between the ministers of health and tourism and some other MP, it doesn’t look like things are getting any better. Nevertheless, I urge LBCI to point out risky restaurants and tell us which ones are the good ones for a change. I don’t understand how they expect people to avoid bad food if they are not shown where’s the good food?

I think the best way to handle food issues in Lebanon is for LBCI and other media channels to have a safe list of restaurants for all to go to and blacklist some others, thereby helping people avoid getting food poisoned. Teaching people how to check for fake or bad products bought at supermarkets could also be helpful.

Last but not least, we need some decent statistics on that matter because according to the ministry of tourism and health, only 96 cases of food poisoning were reported in all of 2010 while the local health expert Marcel had on the show claimed to have over 100 cases per day as per the hospitals’ reports.