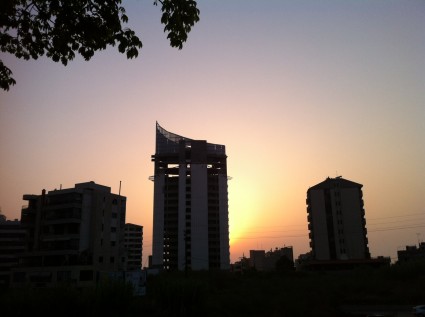 I tweeted this picture (without the buildings on the left and right) asking people if they knew where that building is and many thought at first it was the Four Seasons hotel in Beirut because of the curved roof while in reality it’s very different from the beautiful Four Seasons building.

The fact is it’s a deserted building at the heart of Kaslik where a bomb exploded few years back. There are many stores and Lina’s cafe underneath it.

I hope someone will invest in it and build a rooftop there because the view over the Jounieh bay and Harissa mountain would be amazing.