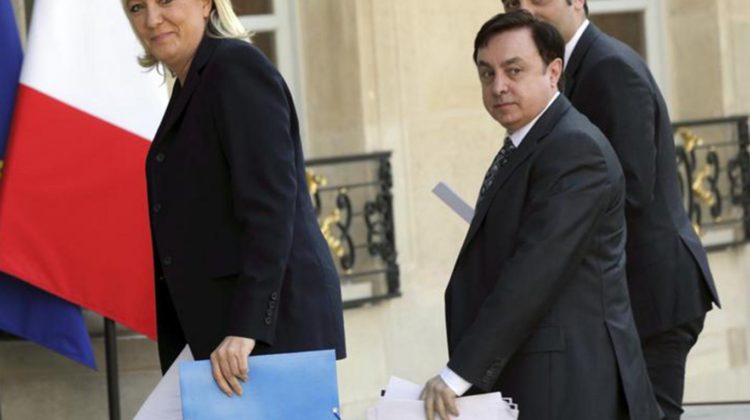 Remember Jean-Francois Jalkh? The 59 year old French man of Lebanese origins who took over Front National’s leadership after Marine Le Pen stepped down temporarily? Well he barely lasted few days in office and had to turn down the job after an old interview dating back from 2000 emerged where he allegedly made comments denying the use of Zyklon B gas in Nazi gas chambers.

“I think we should be able to discuss this problem [of gas chambers],” Mr Jalkh is quoted as saying before describing the work of Holocaust denier Robert Faurisson, who was previously convicted for “complicity in contesting the existence of crimes against humanity”, as “serious” and “rigorous”.

Jalkh is denying the the accusations even and is filing a legal complaint. He said and I quote “This is the first time I’ve heard this…bullshit. I have no memory of it.”

Let’s hope he’s right because that’s a really stupid thing to say. In all cases, this could hurt Le Pen’s “meager” chances of winning the presidency. A job well done Mr. Jalkh!

See Also:Why Many Restaurants And Cafes Close Down In Lebanon ...
Posted By Najib
Categories CRITIQUES,LEBANON,OPINIONS/CRITIQUES