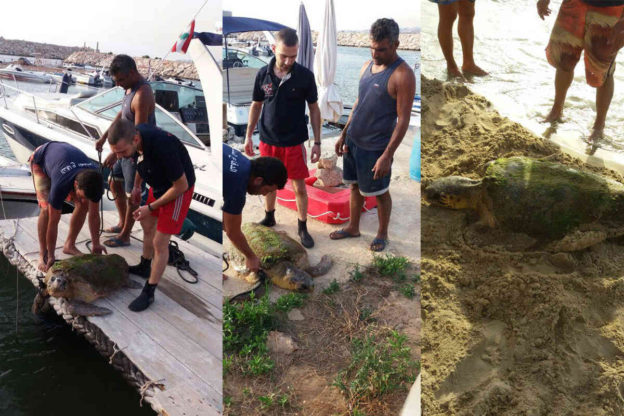 This is the original story:

“A sea turtle was reportedly pulled out of the water at a Rmeileh beach and people started taking selfies with it and stepping on it. To make things worse, the turtle was hit repeatedly on the head and a parent forced his kid to walk on the turtle. The giant sea turtle was later on rescued by the Civil Defense after being contacted from GreenArea. The organization also contacted the Ministry of Environment and Agriculture as well as Animals Lebanon.”

Fortunately, and after being taken care of for months by Civil Defence volunteers & Animals Lebanon, the turtle is back into the sea and is able to dive again! Check out the [video].

In other good news, the Ministry of Agriculture is moving towards confiscating the tigers that were being smuggled into Syria and they should remain in the care of Animals Lebanon until they are sent to a safe sanctuary.