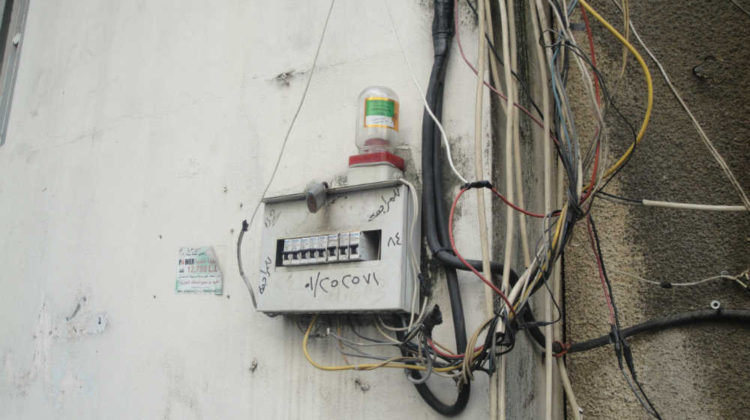 Two days ago, private generators announced a two hour temporary shutdown throughout Lebanon and the majority of generator owners complied with this decision. In return, the Economy Ministry vowed new measures against generator owners and even launched a hotline to report those who refuse to install meters.

To be honest, I still don’t know if this economy ministry really has a plan or is just pulling a media stunt, because the outcome has been disastrous so far. In fact, he managed to bring together generator owners and get them even more organized, which is the last thing one needs in this country.

Can the authorities force generator owners to install meters?

At this rate, this whole thing is going to blow up in the minister’s face, because by harming the generator owners, the minister is actually harming political parties to whom most of these belong, including his own. The only way that it would work is if he finds a compromise or raise the price per kilowatt set, or invent fees that will be inflicted on the citizens like that “insurance” thing he came up with a couple of weeks ago.

Personally speaking, I don’t understand this aggressive attack on the generator mafia, especially when it’s the same people who helped organize this mess in the first place. The solution is pretty simple to me: Let the municipalities handle the generators in remote areas and outside Beirut instead of giving control to individuals, that way the government can control better financing such measures that would benefit all on the long run. Moreover, we won’t have generators placed right next to residential areas and posing a hazard to residents. Needless to say, this is a short-sighted solution because I don’t think the authorities are capable of any other, like promoting renewable energy and installing solar panels to compensate for the lack of electricity.

All in all, this whole “moteur mafia” vs government battle is pretty much a fight between two allies, and they will both emerge as winners while we the people will come out as loser as usual. Funnily enough, I was reading yesterday that Gaza has up to 16 hours of electricity a day now, which is better than Lebanon.