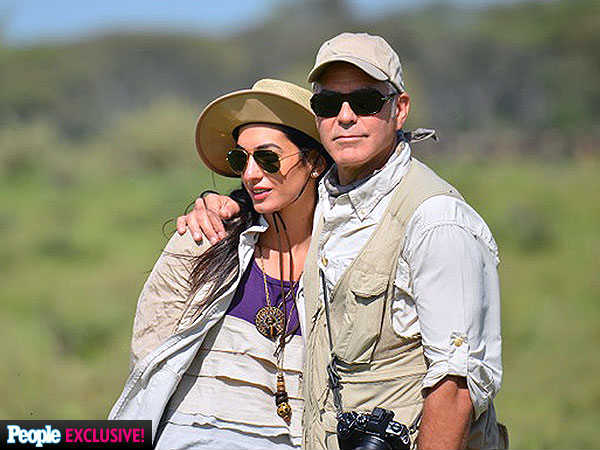 I don’t know how the rumors spread that Clooney and Alamuddin are getting married in Lebanon, but it doesn’t look like the wedding is taking place in Alamuddin’s native Chouf Village of Baakline. In fact, the HuffingtonPost and Time reported that the couple are probably getting married at Highclere Castle (the castle from Downton Abbey) in England or at Clooney’s palatial Italian villa on Lake Como. People magazine however is saying the couple might have a party afterwards near Alamuddin’s Lebanese hometown.

To be honest, I am not really interested in the wedding but it would be a great boost for Lebanon’s tourism if the world’s most talked about couple decides to have a small party in Lebanon.