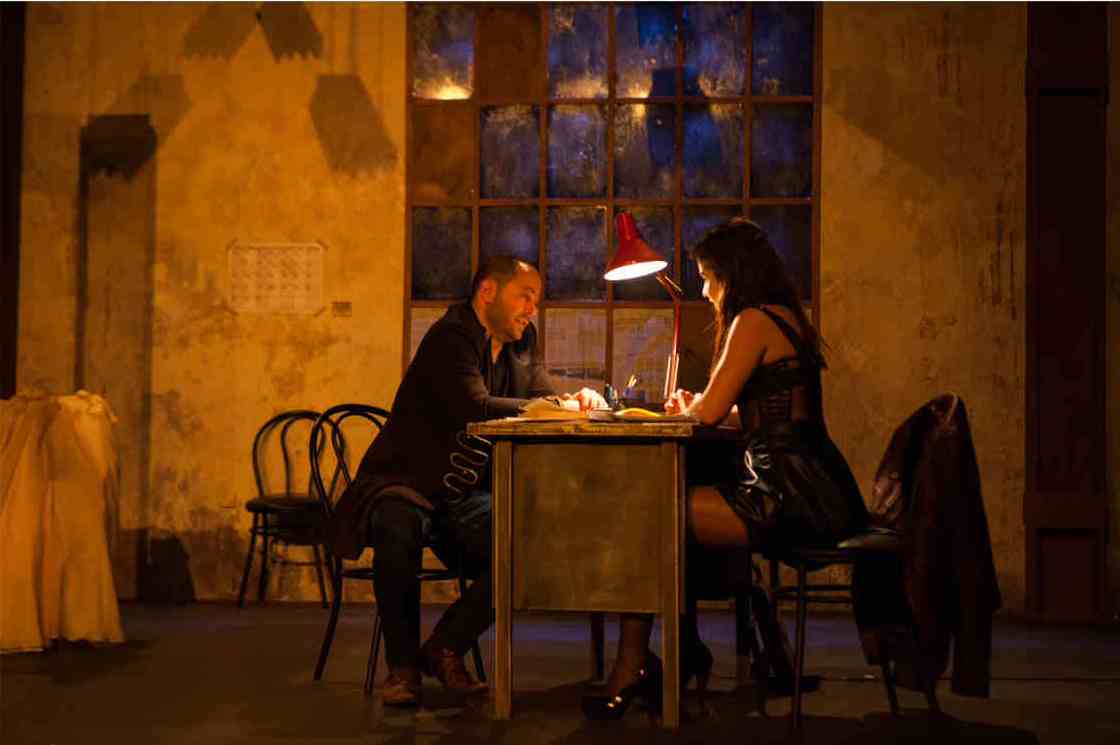 To be honest, I’m not a big fan of plays and the ones I’ve seen in Lebanon so far were truly disappointing, but I finally managed to convince a group of friends to join me in watching Venus after repeatedly hearing positive feedback about it and I’m glad I did! Venus is an absolutely brilliant play and it was extended for 10 more days due to an overwhelming popular demand.

Here’s my review, and please bare with me as it’s the first time I review a play:

The Lebanese adaptation by Lina Khoury and Grabriel Yammine of David Ives’ broadway success “Venus in Fur” – the play is in colloquial Lebanese Arabic – turned out to be a hit under the direction of Jacques Maroun. Rita Hayek and Badih Abou Chakra – the only two actors in the play – mesmerized the audience with their impeccable acting. Although some conservative minds might be offended by the audacity of the actors and their indecent exposure, this is what exactly goes to show that they offered themselves unconditionally. The play itself includes direct references to the novel “Venus in Furs” by Leopold von Sacher-Masoch. Just like the term sadism was coined after the notorious Marquis de Sade, the term masochism was named after Sacher-Masoch. Although the theme is not superficial, the play is filled with humor which provoked many bursts of laughter by the audience throughout the one hour and a half performance.

If you’re open minded and you would like to try to understand the psychological need of being dominated or dominating – or even dominating while acting like you are dominated –, then you should definitely go watch this play.‎ You will definitely enjoy watching reality and fantasy as they intertwine. On a last note, I want to applaud Jacques Maroun and everyone who took part in this play for being brave enough to come up with such a play in Lebanon, and for placing the woman in a dominant power role in an attempt to defy society’s gender stereotypes.

Venus is showing from Thursday May 7th 2015 to Sunday May 17th 2015 at Babel theater. You can buy tickets on [Virgin Ticketing Box Office].