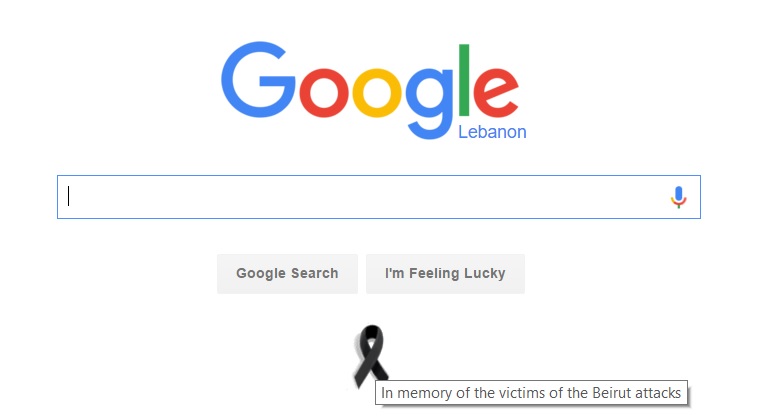 Google has acknowledged the recent terrorist attacks in Beirut with a commemorative ribbon on their Lebanon homepage www.google.com.lb. The black ribbon is a sign of remembrance and mourning and was also added to Google’s main page in response to the #Paris attacks.

In addition to Google, several foreign papers today acknowledged the #Beirut attacks especially after Facebook’s Safety Check was activated for Paris attacks but not Beirut. To name few, Time and The New York Times featured articles on how Beirut feels forgotten after the latest ISIS attacks. NY Times also quoted fellow blogger Elie in their article following his great take on the Paris and Beirut attacks.

Egyptian Legend Adel Emam put the Lebanese flag as a background on his profile picture in support. 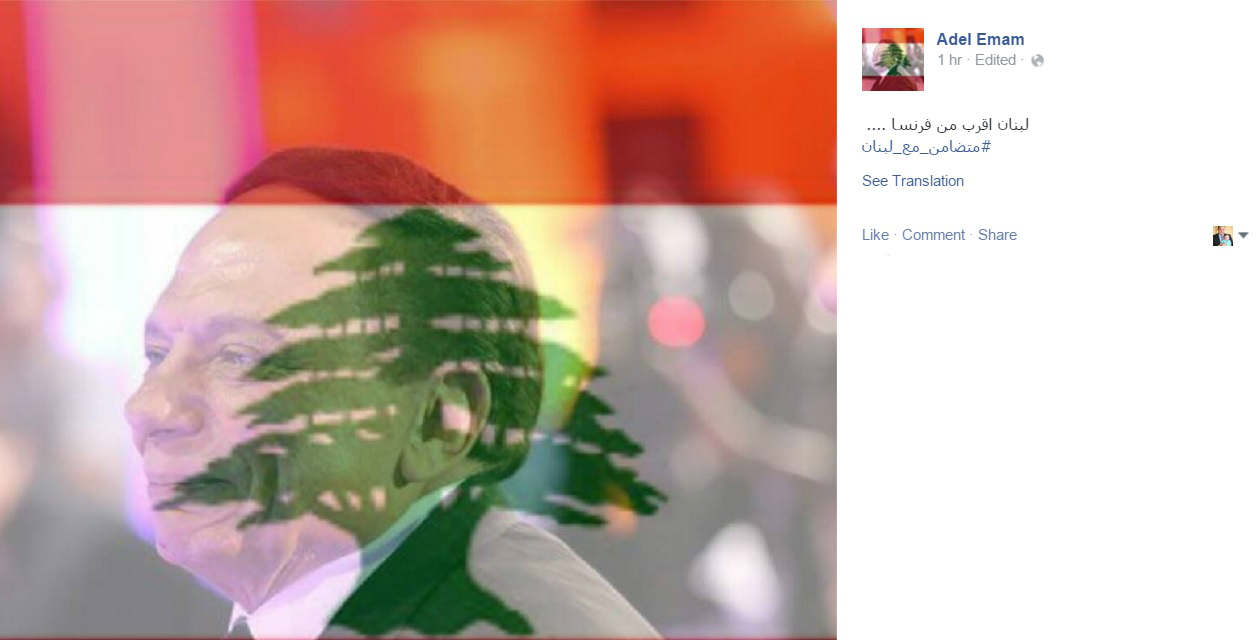 Even in football, German star and ManUnited player Bastian Schweinsteiger expressed his condolences to the Beirut bombing victims. 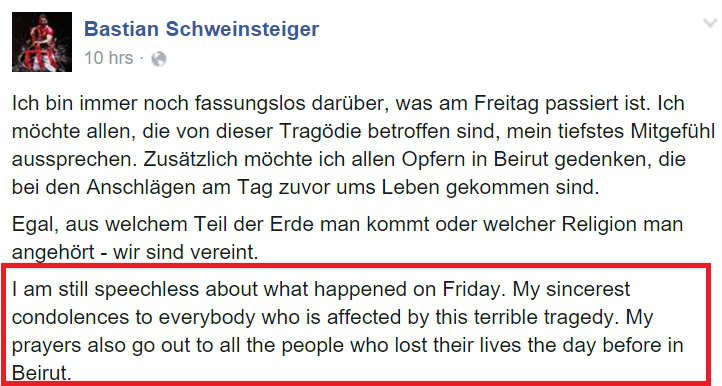 Chelsea player Cesc Fabregas, whose wife Danielle Semaan is Lebanese, also mentioned Beirut in his FB post. The first comment he got was funny though as someone asked him to “Pray For Chelsea because they will be relegated”. 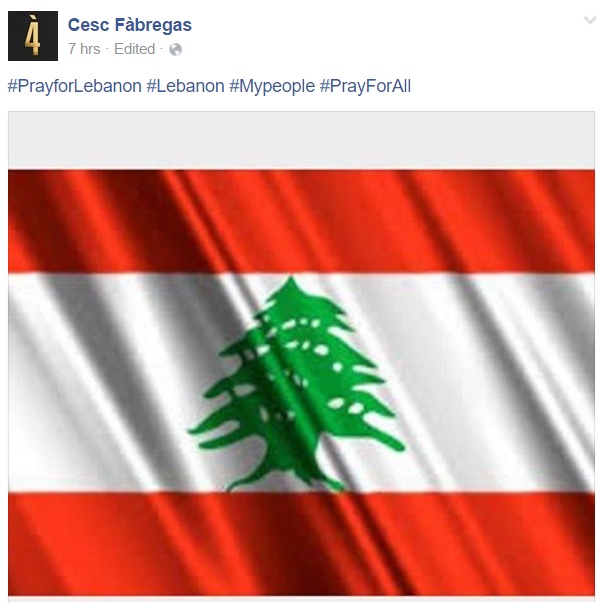 On a last note, a French reader of the blog shared his idea of the “Facebook Safety Check” for Beiruti people adding a “We don’t care if you are affected” button. 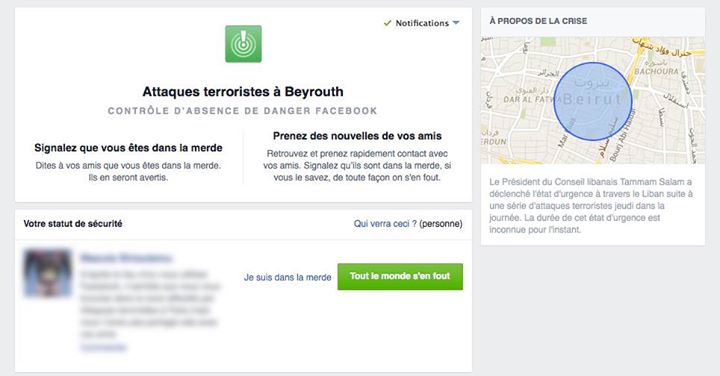