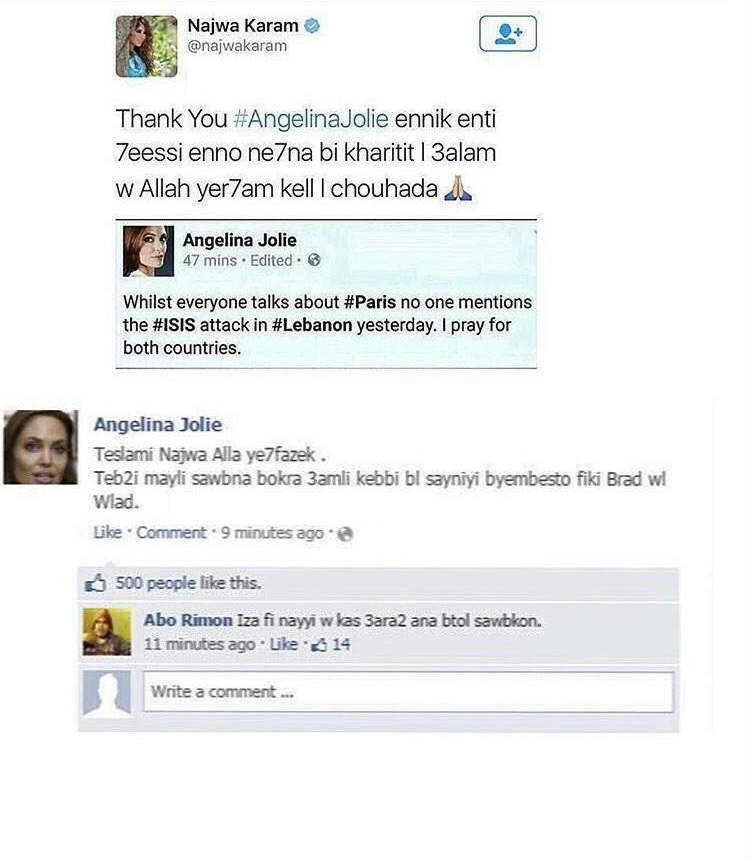 Angelina Jolie probably has no idea that she has been making headlines for the past 2 days in Lebanon for statements that she never shared. First everyone starting sharing an unofficial post on her fan page on the Beirut bombings and then Lebanese Singer Najwa Karam decided to thank her for her thoughts by replying to her in Arabic (or Lebanese or some weird dialect only Najwa understands). Another fake Angelina replied back by inviting Najwa to a Lebanese breakfast, but she didn’t confirm back yet.

This clearly upset Jolie who decided to issue an official statement from the UN to address Najwa and the fan page post. 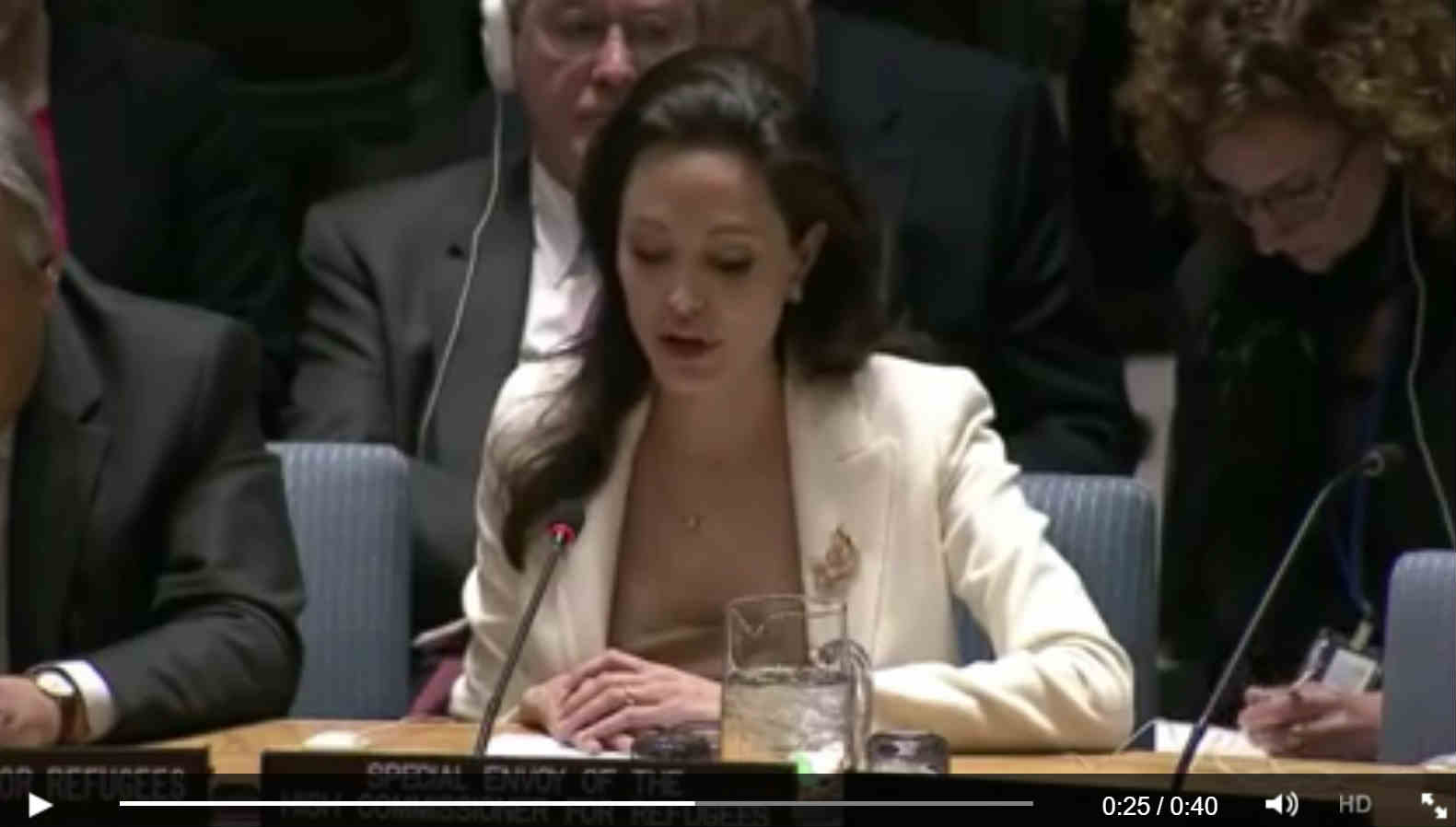