Google has updated yesterday its mapping application with new, higher-resolution imagery from NASA’s Landsat 8 satellite, which means sharper and more detailed photographs for Google Maps & Google Earth. The maps for Lebanon were updated of course and you can clearly see that from the screenshots below. We now have all the streets and alleys even outside Beirut and even pedestrian bridges are showing on the map now as little grey things. The last update took place in 2013.

Enjoy Google Earth imagery as it’s now cloud-free “thanks to mining nearly a petabyte of data. That’s more than 700 trillion pixels, the company notes, or 7,000 times more pixels than the number of estimated stars in the Milky Way, it adds, having fun with the numbers”. [Tech Crunch] 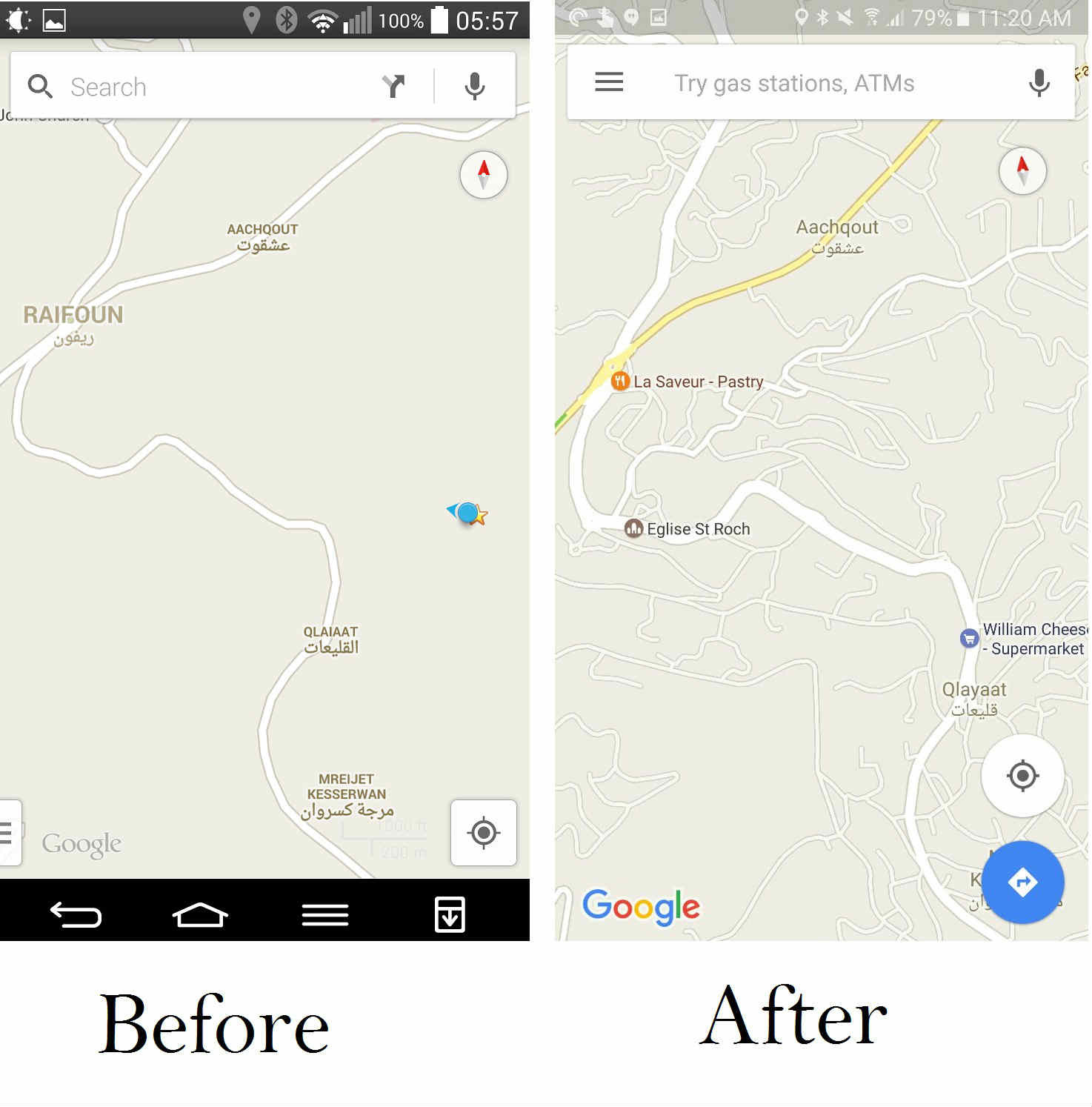 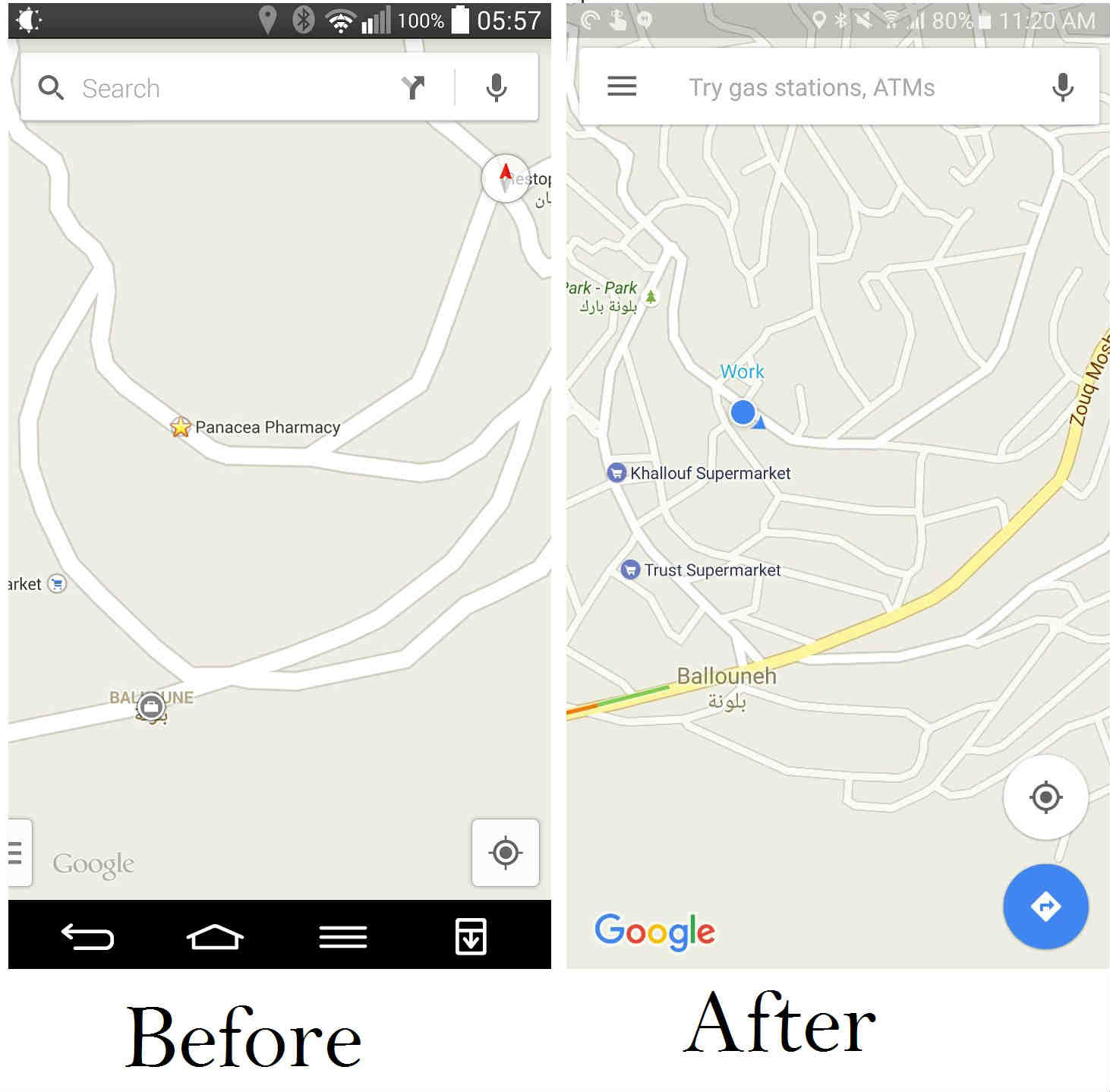