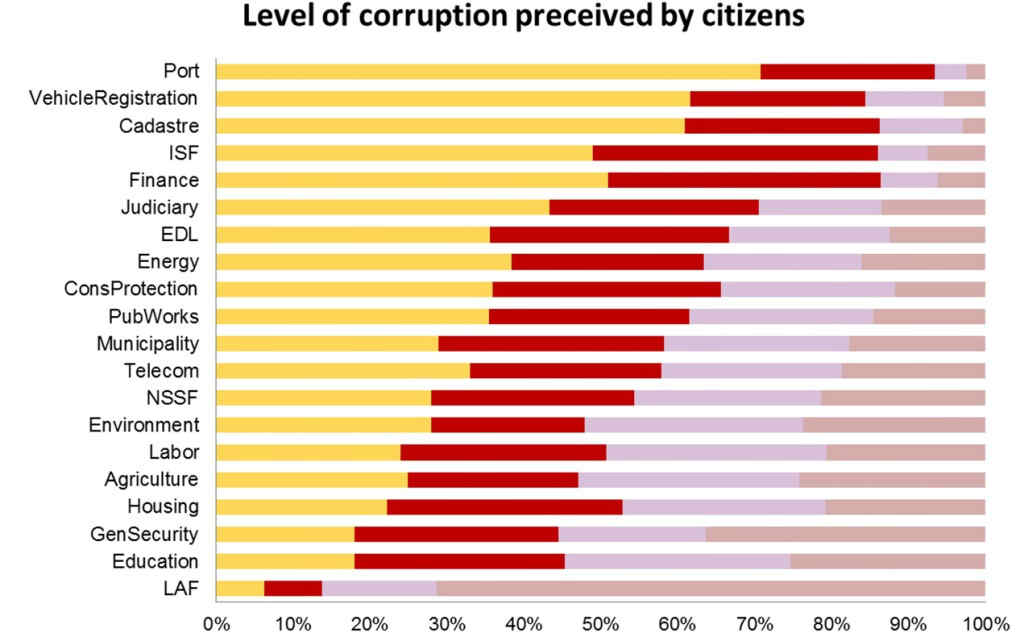 A survey was conducted by Sakker el Dekkene in order to evaluate the attitude of Lebanese citizens towards corruption and their willingness to compromise on their principles and bribe officials. 7810 doors were knocked and 4873 persons were contacted to obtain a sample of 1200 respondents across the entire country and the results were as follows:

Corruption and income level/political identity:
– 38% of the higher income level respondents say they will sure bribe to get a public servant’s signature to avoid delay (vs 16% of lowest income level).
– There’s no difference between political sides with regard to corruption

Perceived Corruption levels in public institutions:
– Only 14% of the population fully trusts the judiciary. When asked why, 64% of the respondents mentioned spontaneously political interference, and 49% mentioned corruption.
– 93% of the respondents consider corruption widespread at the port and 86% in the cadaster.
– The least corrupt institution is the Lebanese Army.
– Public opinion locates corruption in Port, Vehicle Registration, Cadaster, Ministry of Finance and the legal sector as top targets.

All in all, half the citizens are willing to report corruption, as long as it does not backfire on them, and as long as it leads to results. I think the most worrying figure is the fact that the younger generation is more willing to compromise on its principles. It is our duty to report bribes and put an end to corruption and Sakker el Dekkene is providing a platform to do so.

Check out their [website] and make good use of it.