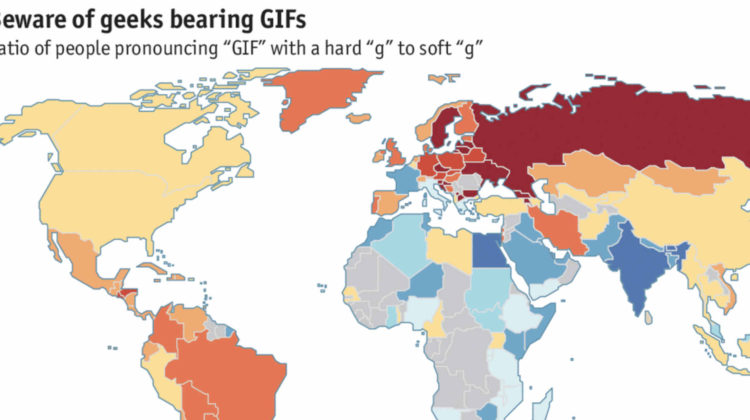 What is the right way to pronounce “GIF”? The creator of the Graphics Interchange Format Steve Wilhite said it’s pronounced JIF not GIF. The Oxford English Dictionary and Merriam-Webster proclaimed both pronunciations are acceptable.

Stack Overflow even did a survey recently, that was examined by the Economist, asking over 50,000 users in nearly 200 countries a long list of questions, including one that tackled the pronunciation of GIF, and over 65% said they pronounced GIF (with the hard “g”).

Unfortunately, the map did not include Lebanon for some reason but more people tend to pronounce it with a soft g in Asia and a considerable percentage enunciates each letter “gee eye eff”. It would be interesting to see how Lebanese pronounce it, maybe we should ask Ipsos to come up with a survey for that.

Check out the [map].