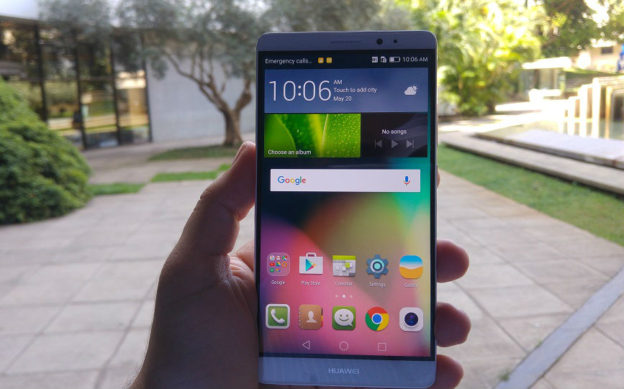 Even though Huawei phones have been in the market for quite some time, I’ve never had the chance to use or review any of them. A month ago, I spotted the Messi commercial with the new Mate 8 so I asked Huawei if I could try it out and they sent me a review model for a couple of weeks time, which was good enough for a quick review: 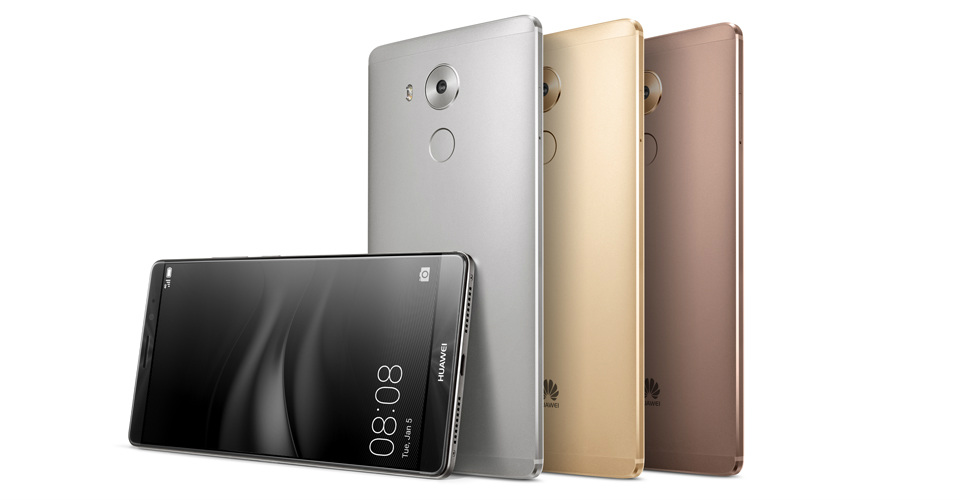 The Huawei Mate 8 is a large phone, or phablet in that case, and doesn’t comfortably fit in all hands, just like all 5.5-inch+ smartphones. The slightly curved back does make it easier to hold but it’s still a hassle. The Mate 8 is an all-metal/glass phone and it’s pretty heavy but the metal finish feels premium and solid and the phone boasts a 6-inch screen which makes it one of the smallest 6-inch smartphones on the market. For example, Google Nexus 6P is a bigger phablet with only a 5.7-inch device.

In terms of design, The Mate 8 is a refined version of the previous Mate 7 but I found its front side to be a bit dull. Its back side on the other hand stands out and is quite nice.

Display/Screen:
I found the screen to be dim and the screen resolution to be too low. I’m surprised it’s only 1080p LCD display and is a major drawback when compared to the competition. I don’t know if I got used to LG and Samsung’s impressive screens over the past years, but most competing smartphones are of far higher quality than this. The resolution is still sharp enough for most situations, but I personally wouldn’t switch from a Quad HD screen to this one.

The only positive aspect about the display is a better battery life, which I will discuss next. 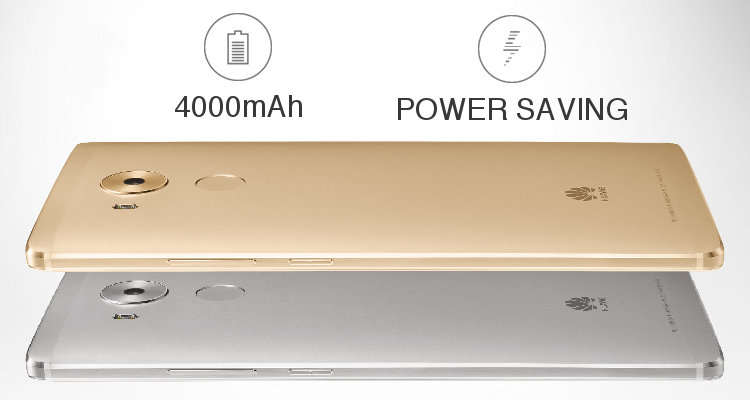 If you are looking for a large smartphone with an impressive battery life, then Mate 8 is what you need. There’s a large 4,000 mAh battery tucked inside the large metal body and it would easily last around 36 hours if you’re a heavy user (Emails, Facebook, Instagram, Watching videos, Taking pictures etc …). The quick charge is also supported and can fully charge your dead battery in around 80 minutes. 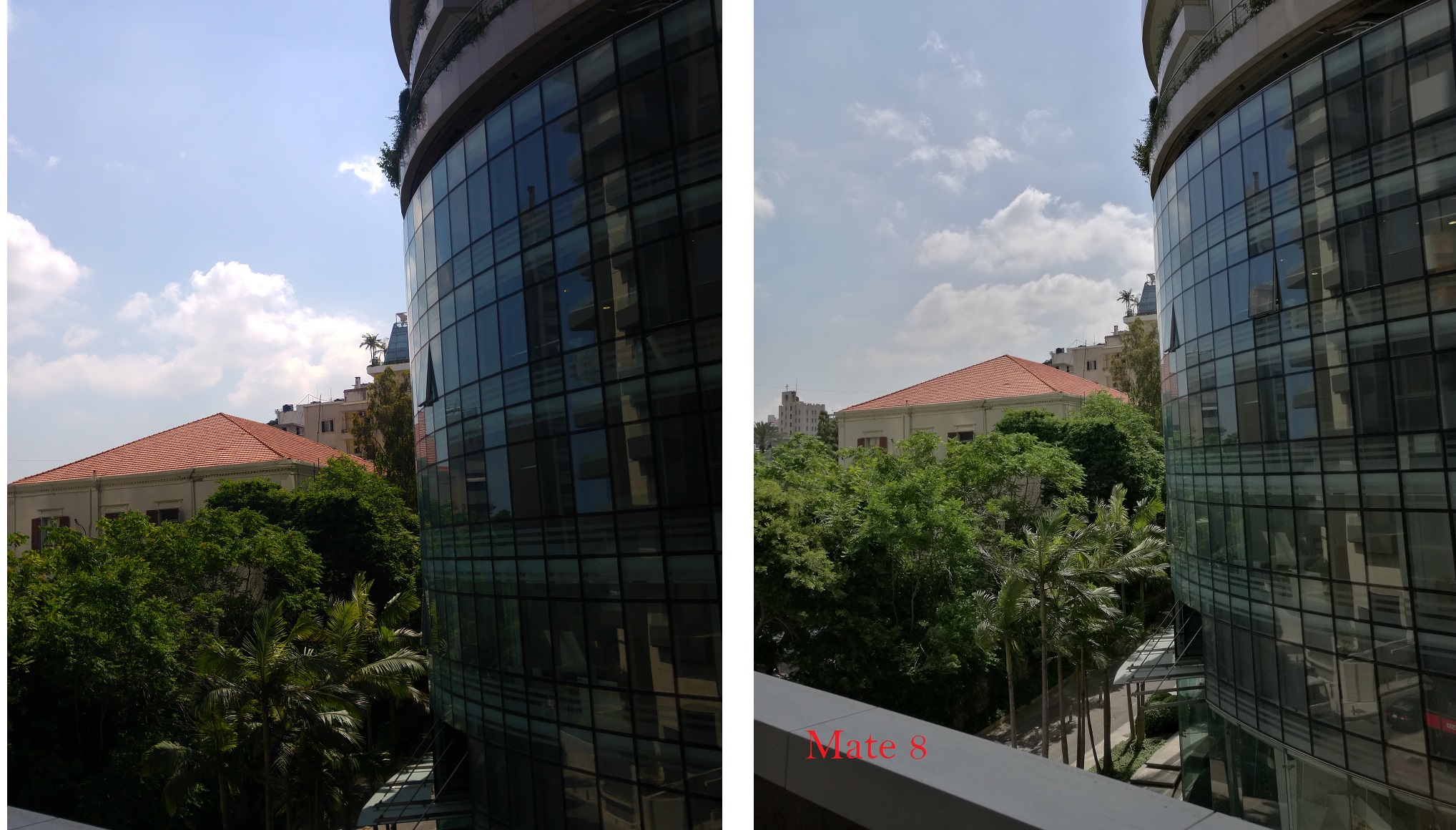 The Huawei Mate 8 relies on a Sony IMX298 16MP front camera and a lens with a f2.0 aperture. The camera can generate up to to 4,608 x 3,456 pixels in resolution and there’s optical image stabilization too. It’s a very good camera, but not a great one but again I am very picky when it comes to phone cameras and I’ve gotten used to impressive Samsung Galaxy S cameras that are very hard to compete with. The only camera that was as impressive as the Samsung’s one is the LG G4 and I’m expecting the G5’s camera to be even better.

Going back to the Mate 8 camera, there are several cool features that are worth mentioning:
– Swiping left or right lets you switch between several modes (Light Painting, Beauty, Time-lapse, video etc ..)
– Selfie addicts will fall in love with the Beauty (Selfie) mode.
– Light-painting mode is pretty cool but you need a tripod to use it properly. Here’s a small sample with the old Huawei P8.
– Mate 8 also offers a professional mode where you can adjust ISO levels, Aperture, white balance etc.
– You can add a watermark also on the picture directly.

Speaking of Huawei cameras, I’m eager to test out the Huawei P9’s camera as it was co-engineered with the one and only Leica.

Here are a couple of pictures I took using my LG G4 and the new Huawei Mate 8. 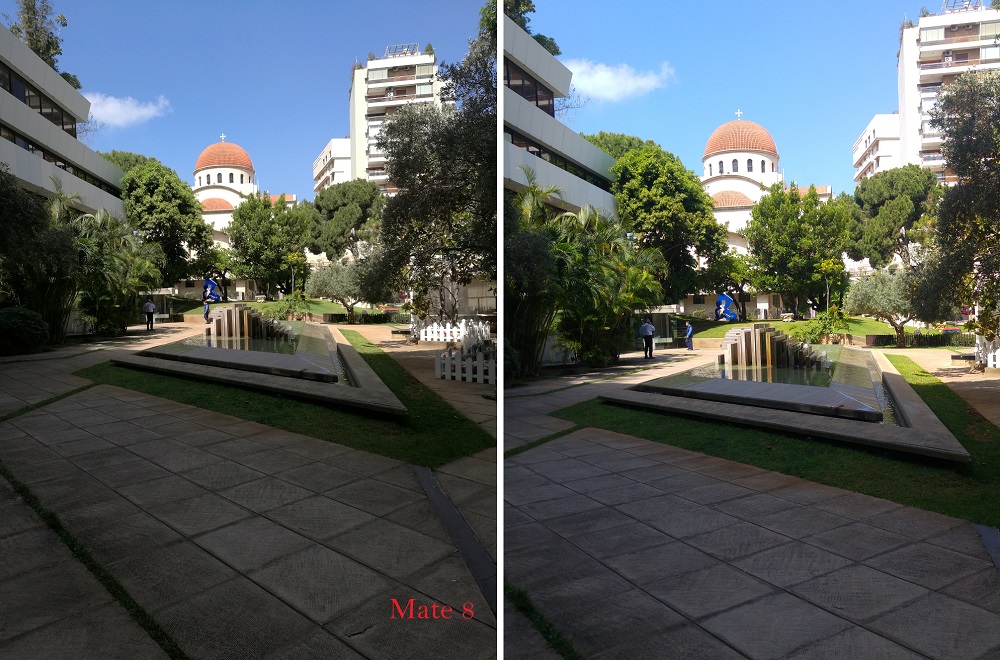 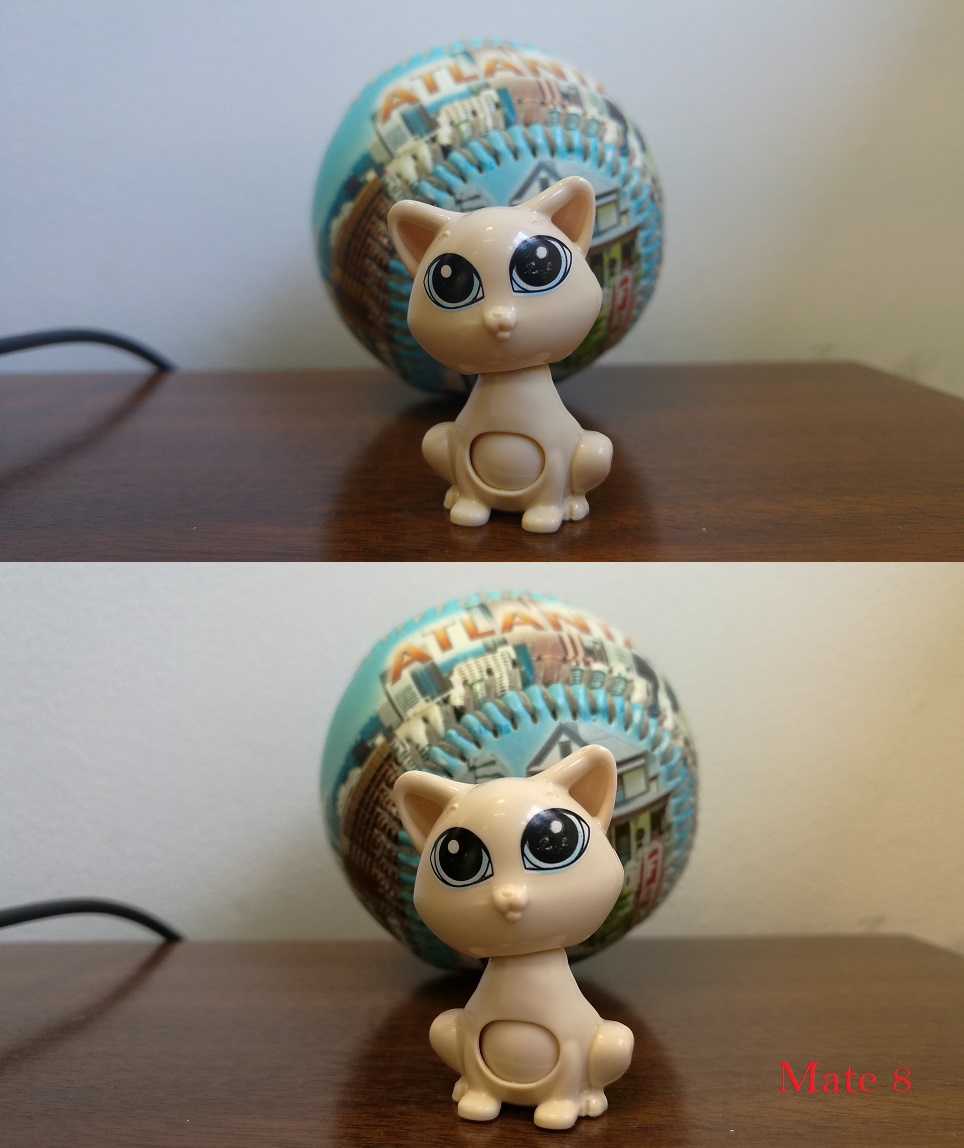 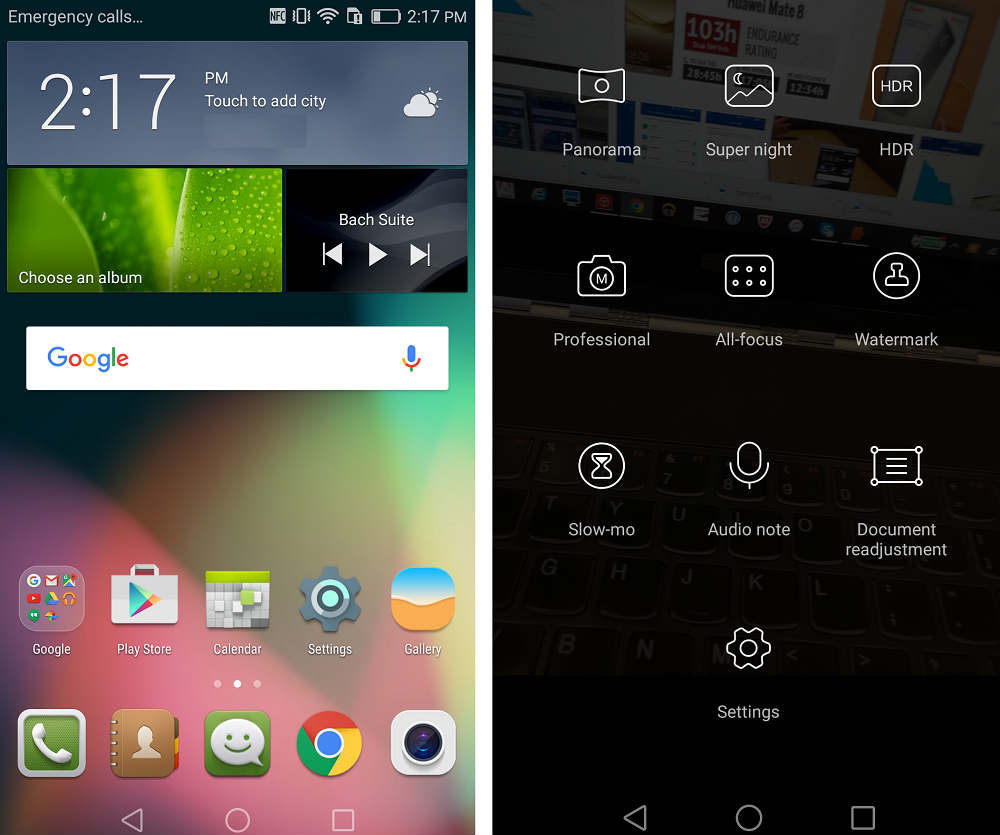 The phone is ultra fast but the software is a little buggy and the interface is not very appealing. I only had a couple of weeks to experiment with the phone and given my experience with other brands, it’s still a matter of time before you get used to the interface. For example, it took me some time to get used to the LG G4’s rear button but now every time I hold a button, that’s the first thing I look for. Similary, Samsung and the iPhone’s home button is a must for me and the Mate 8 doesn’t have that. 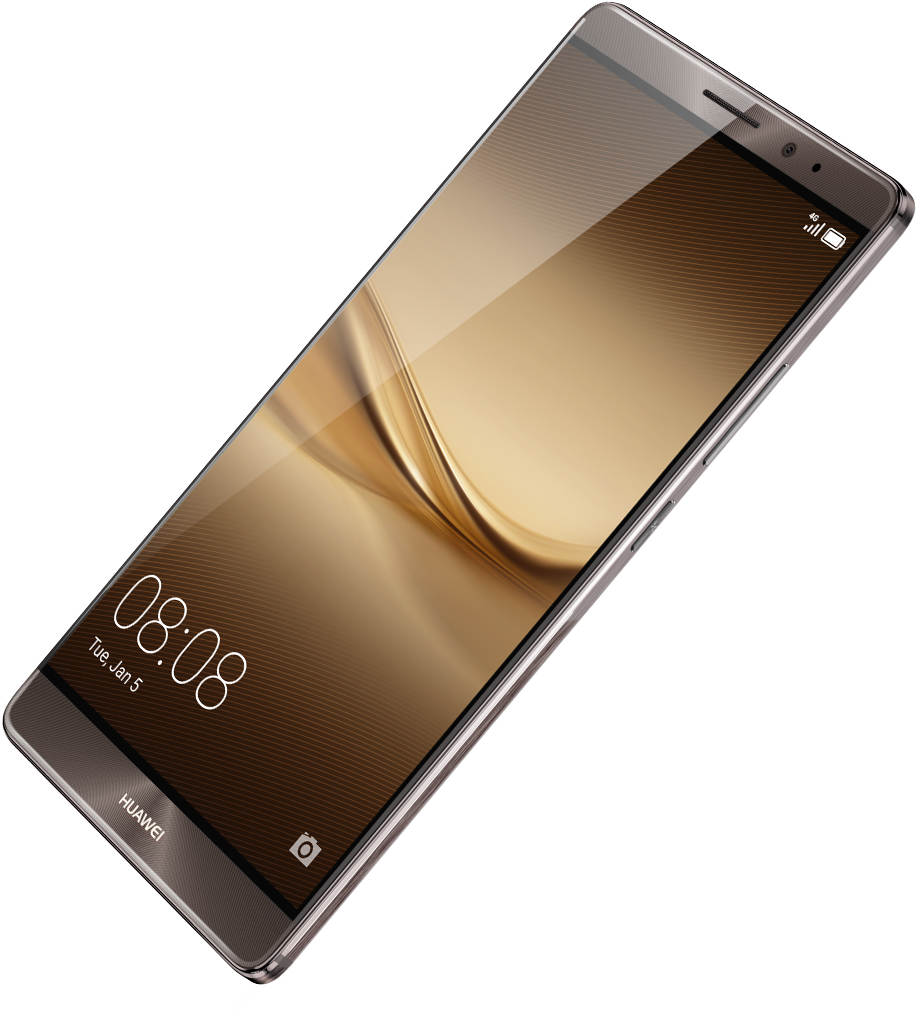 The Mate 8 has a lot of cool features, it’s a solid phone with an exceptional build quality, powerful specs and an outstanding battery life but the display is average, and the design and the camera are good but not great. Here’s a list of pros and cons that might help you decide if you’d consider buying the Mate 8 or not. Price-wise, it’s around $500 which is a tiny bit expensive for what you’re getting.

Cons:
– Doesn’t comfortably fit in all hands or pockets.
– Low resolution and dim screen.
– Camera is not impressive.