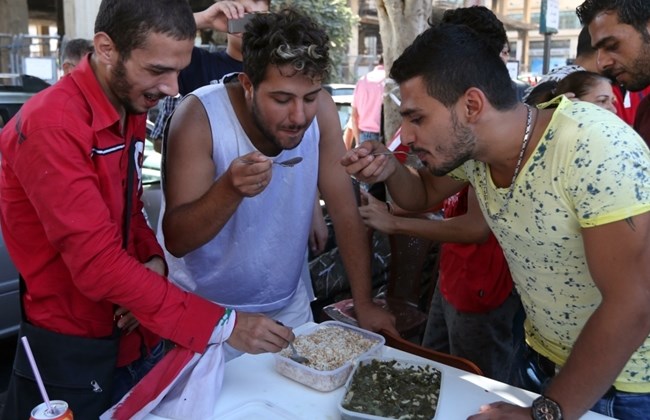 I’m glad that the protesters have finally decided to stop their hunger strike. Their decision to go on an open-ended hunger strike was a brave one but badly timed in my opinion as it is a dangerous protest tactic that can result in death and should only be used as a last resort. They did prove however that the Environment Minister couldn’t care less about their lives (and our lives). In all cases, I’m glad all of them resume eating normally.

To end this post on a positive note, a woman called Jeanne D’arc Tarazian who lives in Dora overheard one of the hunger strikers say during the press conference that he woke up one day dreaming of a hot Mloukhieh dish, so she prepared a whole pot and headed to Martyrs Square asking for Hassan to serve him the Mloukhieh. How awesome is that 🙂 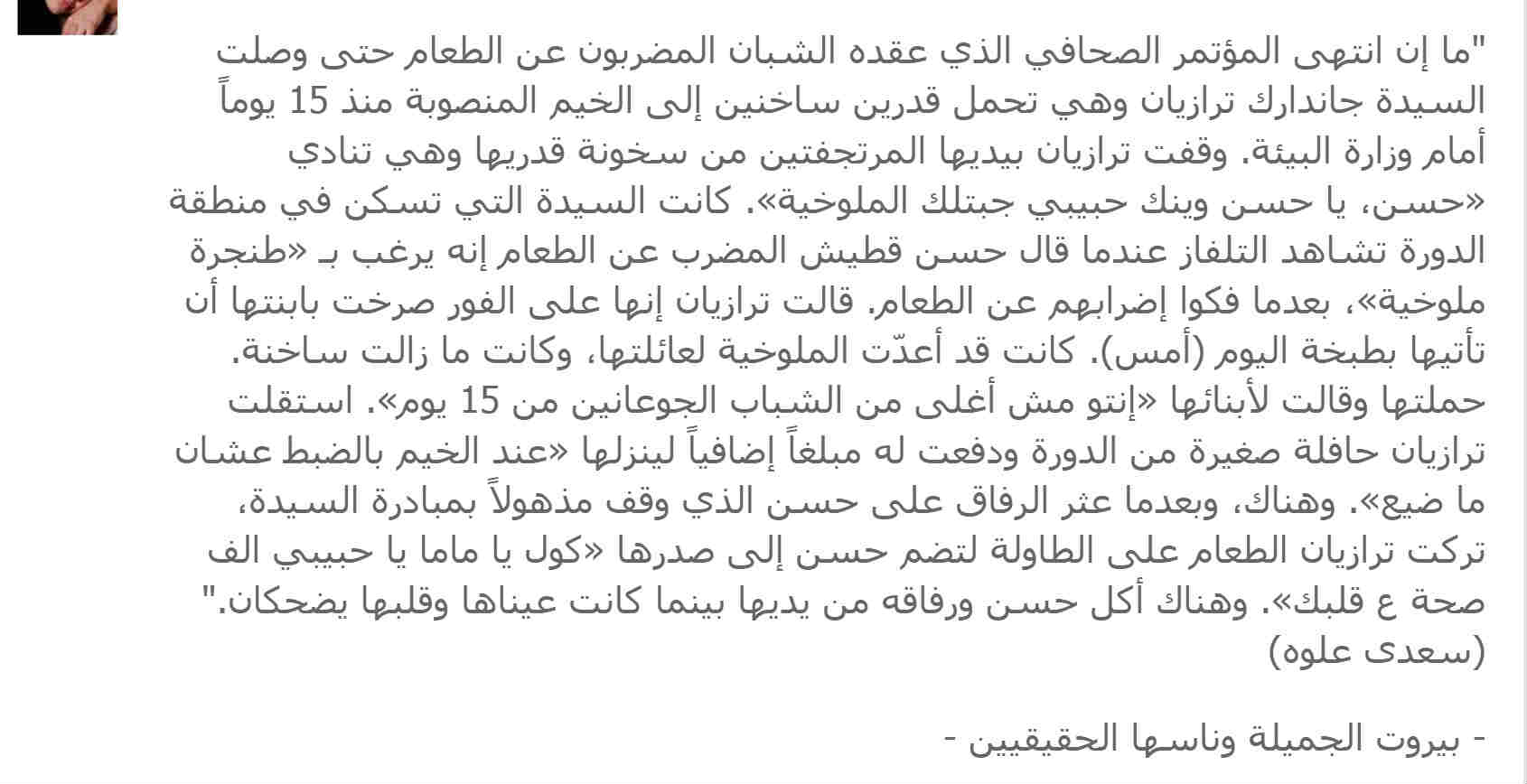 Eleven protesters who have been on hunger strike for two weeks to urge the environment minister to resign declared that they would resume eating as a result of “pressure” from from police and other activists.

In a news conference Thursday from their protest site in Downtown Beirut, Waref Sleiman, the group’s spokesperson, said police told him after his detention one day earlier that he would only be released if he and the others end their hunger strike. He added that their deteriorating health conditions also influenced their decision. [DailyStar]