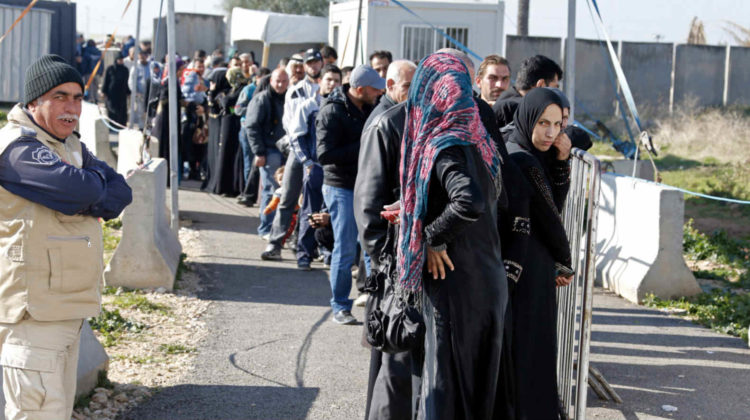 Caretake Foreign Minister Gebran Bassil decided to “halt the renewal of residency permits issued for UNHCR staff in Lebanon, saying the decision was not in line with Lebanese policy” claiming the “UNHCR had scared refugees away from returning through a series of warnings and threats”.

Yes we all want refugees to go back to Syria and we all want to end this humanitarian crisis but at what cost? Going after UN agencies and the UNHCR that are helping us cope with this crisis and have been funding tons of projects including hospitals and schools? It’s no secret that UN doesn’t believe it’s safe to return to Syria as they’ve expressed and a lot of agencies are insisting conditions are not safe for return yet. The country is still at war and you can’t just ask people to return to a safe zone no matter where that is.

Having said that, it’s a very serious accusation that’s being directed towards the UNHCR of forcing refugees to stay and I hope there’s proof behind it, because as far as I know, the UN doesn’t stop voluntary returns but advises against it especially when another country is at war. Who’s going to do the job of these agencies when they’re gone? Are we going to kick 1 million+ Syrian refugees back home? Would the Syrian Regime agree on that? If that’s the case, why aren’t we negotiating with him in the first place?

If we’re looking for parties whose intentions are to settle Syrian refugees, we need to look beyond the UNHCR and see what’s being cooked for Lebanon abroad, at countries so desperately willing to help us out, give us billions and disregard our practices from mismanaging garbage, sea pollution, countless human rights violations and attacks on freedom of expression.

We all want our country’s best interest but I’m not really sure such actions are going to speed up the return process of Syrian refugees. If anything, it might backfire on us and drag us all down even further.