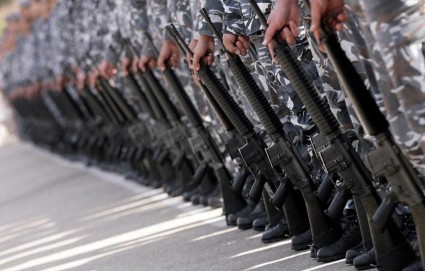 This story was posted today in LebanonFiles:

Yesterday night, a 4×4 Lebanese police car caught fire in Burj Hammoud due to an electrical problem. As the car was NOT equipped with a fire extinguisher, the ISF officers had to stop cars passing by asking them if they had fire extinguishers themselves.