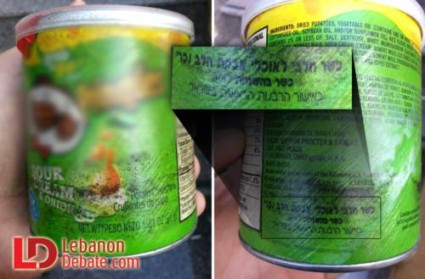 The ISF found loads of “Israeli” Chips after a warehouse caught fire in Raouche. According to the article, no one still knows how these products are being sneaked into Lebanon and there seems to be many of them. Funnily enough, whomever wrote this report described the chips, as well as any type of food that’s coming from Israel, as being extremely dangerous as they might be poisonous.

Funnily enough because we’re talking about conspiracy theories while we can’t even control the qualify of meat distributed to shops/restaurants/hotels inside Lebanon.