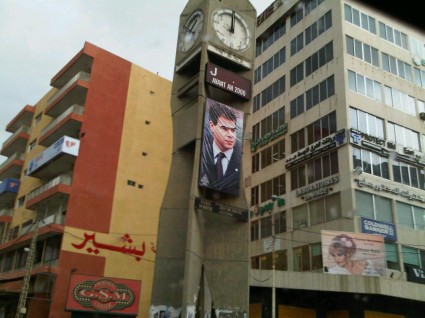 Jal El Dib municipality put up a countdown timer on a small clock tower for the year 2000 back in 1999. The counter says “Avant An 2000” (Before the year 2000). 10 years have passed since the year 2000 and the counter is still there… 10 YEARS! It’s not like they haven’t noticed it! There’s a picture of the late Pierre Gemayel right under it!

And the funny thing is that the clocks don’t indicate the right time, each side says something different.