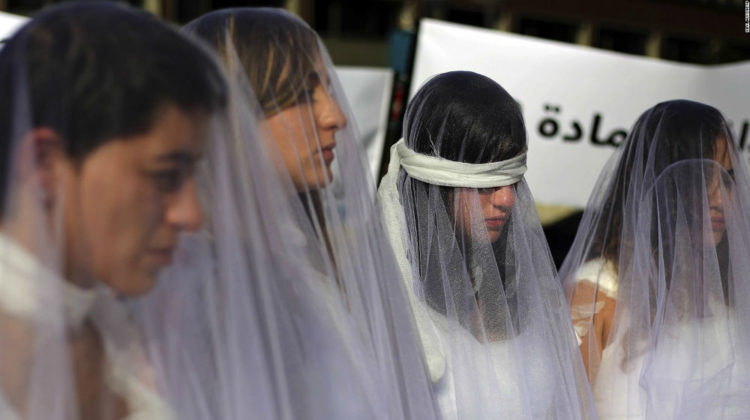 First Tunisia approves a new law that provides women with the measures ecessary to seek protection from acts of violence by their husbands, relatives and others, then Jordan’s parliament finally votes to eliminate Article 308, a law that allows rapists to escape punishment provided they marry their victims.

Meanwhile, and despite the numerous campaigns held in the past years, the Lebanese parliament has not yet abolished Article 522 of Lebanon’s penal code. The article protects rapists and was meant preserve the “honor and dignity of the victim’s family”, which is complete utter bullshit.

Last year, we were told that an MP proposed to cancel the law and referred the bill to Speaker Nabih Berri but there were no updates ever since. I’m not really sure what’s taking them so long and why are they taking this matter so lightly? Are we waiting for more tragedies to occur?