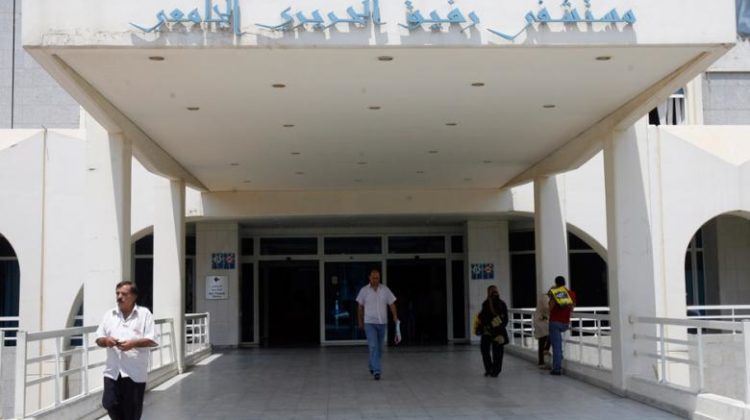 Mona Baalbaki, the previous head of Pharmacy in Rafic Hariri Hospital “has been sacked by the General Disciplinary Council for stealing a large quantity of health ministry-donated cancer medicines from the hospital and selling them for hundreds of millions of Lebanese pounds”. The worst part, as per the same report, is that she was replacing stolen medicines with expired drugs given to a larger number of cancer patients, mostly women and children, without their knowledge of course. She denied doing so though during an interview with LBCI.

How can anyone do such a thing? How can she sleep at night knowing she’s potentially contributing to the death of her patients? Needless to say, everyone was outraged by the story and as usual a lot of Lebanese wanted her dead, but if you dig deeper into that story, it appears that Mona is not the mastermind here and that she’s being used as a scapegoat to cover up on a much bigger scandal.

Apparently, there’s a larger number of employees and doctors involved in this scandal, and the Health Ministry was also involved at one point. The worst part is that this story dates back to 2009 and no serious investigation has been held yet to unveil the whole truth and fire all the people involved. How was Baalbaki allowed to leave the country if they’re investigating her? Why did the GDC wait till 2017 to come up with a decision? How was Baalbaki able to replace all those meds for over 2 years? Why isn’t the Health Ministry investigating this matter? What do the Pharmacy and Doctors syndicates have to say about that? Who followed up on these poor cancer patients that were being given bad meds? Why is this hospital still open after all the corruption cases surrounding it?

There are so many questions to be asked here but the sad truth is that this story will be forgotten soon and a couple of people who have no political cover will be used as scapegoats. No one is ever held accountable in this country, even when they’re selling expired drugs to cancer patients. I have no idea how we can trust our hospitals and healthcare system after hearing this story, I have no idea how we can trust a system that is poisoning us on a daily basis.