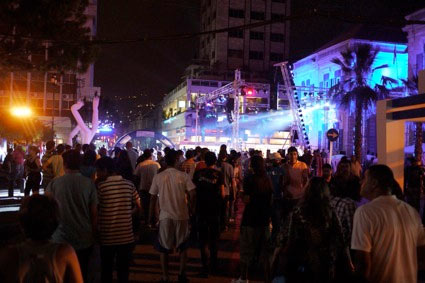 I passed by Jounieh tonight since today was the start of the festival they’re having. They’ve basically closed up the old stone street so no cars can get in and when I went down the street was packed with people which is pretty cool. Problem is there were no activities for people to enjoy or do. They had a stage right in the middle of the souk that was empty with just music playing but even if there was something taking place on the stage that wouldn’t have been enough. I was expecting some sort of street carnival with stands and stalls selling random items but there was none of that. I think people were doing what I did and that was just walk from one end to the other without stopping and then just leaving. I think I spent more time stuck in traffic and looking for parking than I spent at the festival. Fireworks were pretty cool… for the whole 2 minutes they lasted for. I don’t know, I really want to be positive here since I am a huge Jounieh fan but it was just very disappointing. 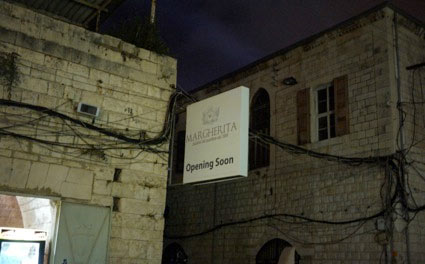 There are a lot more pubs that have opened up in that area which is very cool and I spotted a sign saying Margherita was opening soon. I just wish there was more to it all. For more information on the festival and the full schedule check out their website [Here]