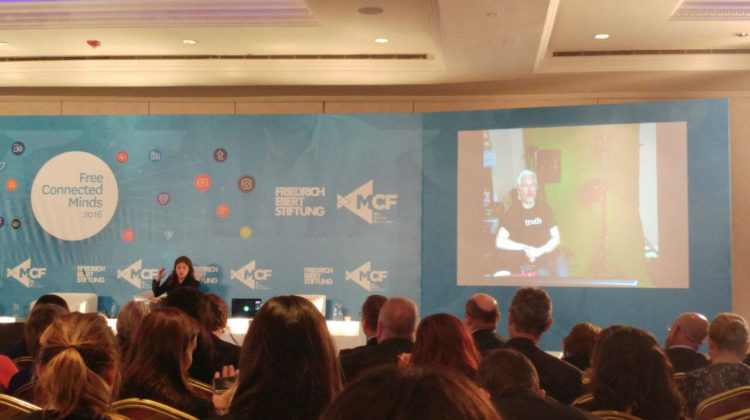 The 2016 “Free Connected Minds” Conference, which is organized by the May Chidiac Foundation, took place on November 26 at Phoenicia Hotel, Beirut and the highlight of the event was an interview the founder of Wikileaks, Julian Assange which was moderated by Producer, News Anchor and Head of the English News Desk at Future Television Ms. Youmna Nawfal.

Assange hadn’t released a public statement in months before that interview and was deprived of his internet, so a lot of people were questioning whether he was still alive and some people questioned the authenticity of the interview since it was a phone call. However Wikileaks’ official account were live-tweeting during the interview and Youmna Naufal intelligently asked Assange about Fidel Castro, who had just died few hours before the call, to prove that this has not been pre-recorded.

Youmna Naufal: In terms of proof that this is truly live, this has not been pre-recorded, can we state something, a piece of news, Fidel Castro has just…
Julian Assange: Fidel Castro, I understand, has just died; a titanic figure loved and reviled who said that WikiLeaks was his favorite website and was a great reader of our diplomatic material. 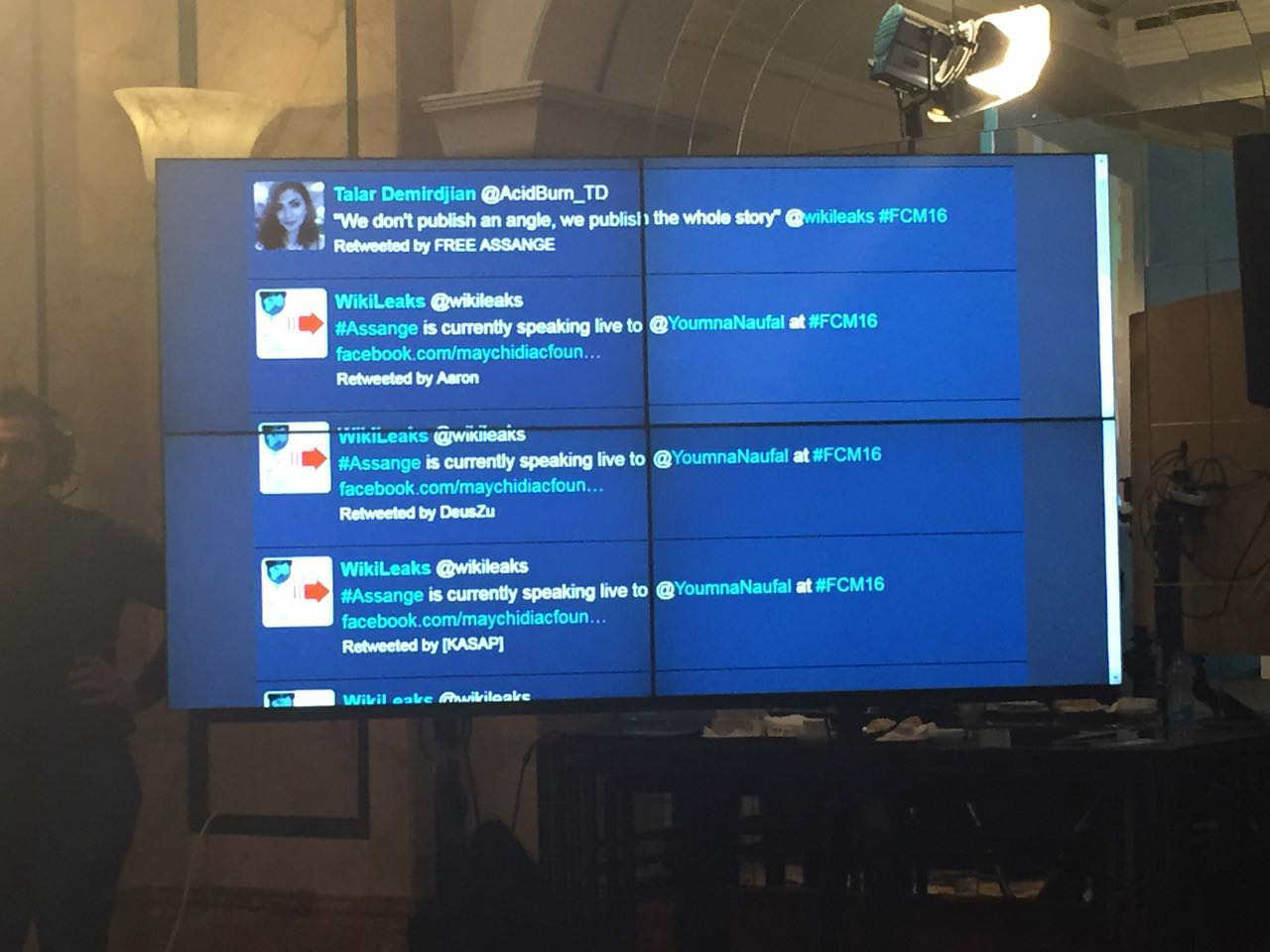 The interview consisted of a 20 minutes keynote speech and 25 minutes Q&A and no recording was allowed presumably but the full 1 hour conversation was leaked and uploaded on [YouTube] and SoundCloud.

Many topics were discussed and touch upon by Assange, including the role of Wikileaks, US elections and politics, Hillary Clinton, the role of the media, ISIS and the issue of public ignorance in society today.

Here are a couple of excerpts from the interview, one on why they cut off his internet and another on Wikileaks.

Julian Assange: I’m sympathetic to a degree for what’s happening in the election, not at all sympathetic to what’s happening now. During the election, let’s look at it this way, the Ecuadorian national election is in February – the United States historically has interfered with the CIA, USAID etc in Latin America in a very serious manner. Ecuador has a population of 16 million people. It’s a tough country, but it’s a small country, and it wouldn’t want to legitimize any precedent that could be claimed erroneously this way that nonetheless would lead to claims, where – say Hillary Clinton if she had been president would interfere in the Ecuadorian election through her intelligence services. 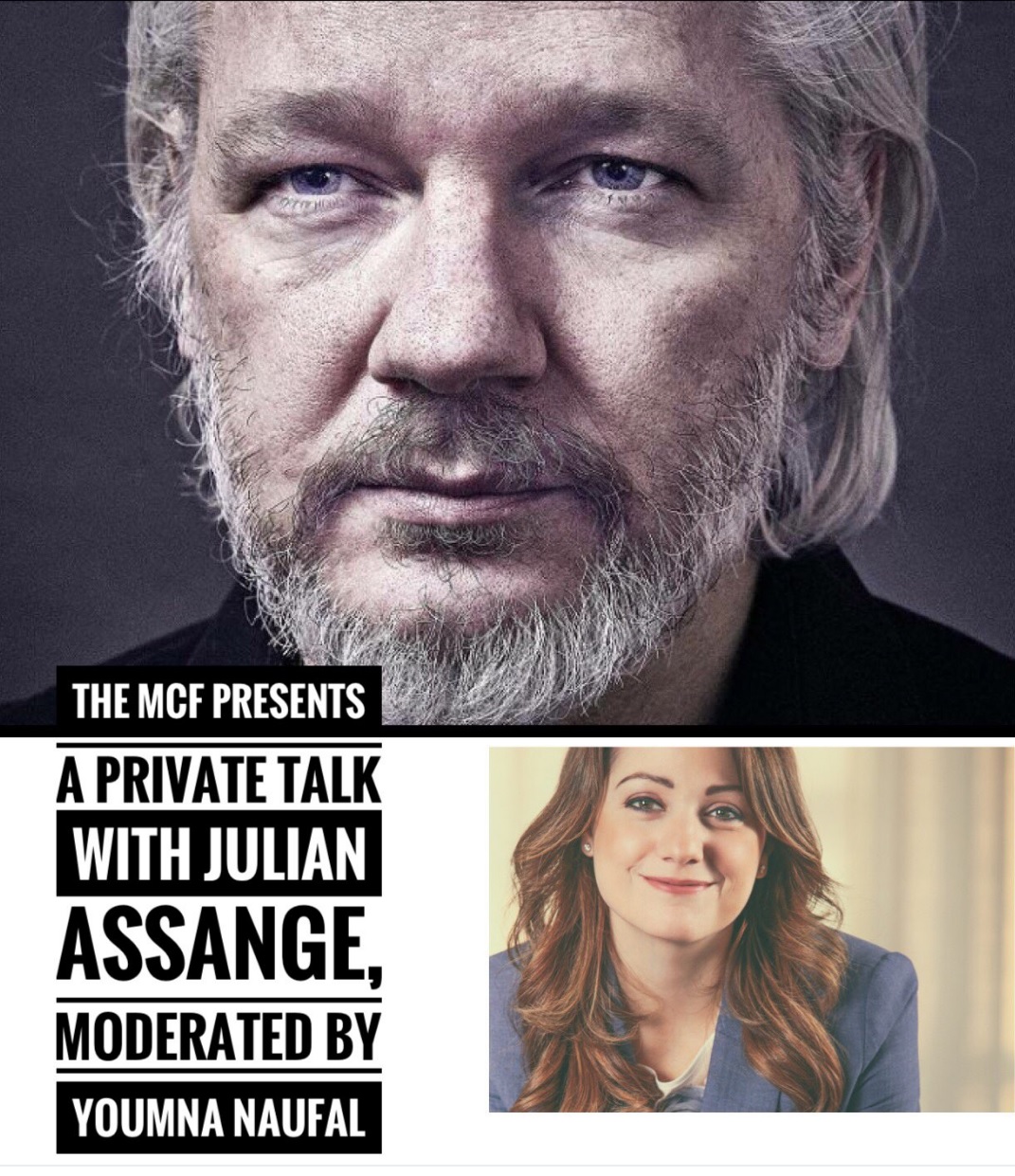 Youmna Naufal: I want to ask one more thing and we’ll get to an audience question. Usually you publish information you’re sent – there’s a submission platform, people, sources are able to send leaks, and then you publish them. You said that you usually publish what you get. In an interview you also said “We haven’t received anything regarding the Trump campaign” and you submitted a lot of information against Hillary Clinton which could lead different people to assume that again you presume that you were backing Trump. He did go on to win, whether or not it was a reason or influence of Wikileaks is yet to be seen but people did say it did influence the outcome of the election. As a journalist, when you receive this information about a candidate, and nothing about the other, and you put this information out there, isn’t that in itself in a way biased or one-sided? I got something on Clinton, nothing on Trump: let me put it out there. Obviously, especially now, there are rumors that your lawyers are trying to get a pardon from Trump. Doesn’t that show that, subconsciously, in a way, Wikileaks was backing Trump.

Julian Assange: No. It doesn’t. It doesn’t at all. Can you imagine the situation where Wikileaks would receive information about either of the two candidates- the primary candidates – and not publish it before the election? That would be a violation of all our principles, the public would be pretty angry. The New York Times- stuff like that, for example- censoring revelation about mass surveillance of Americans across the 2004 election leading to the reelection of George Bush. We’re certainly not gonna do anything like that.

You can listen to the Sound Cloud recording [here].