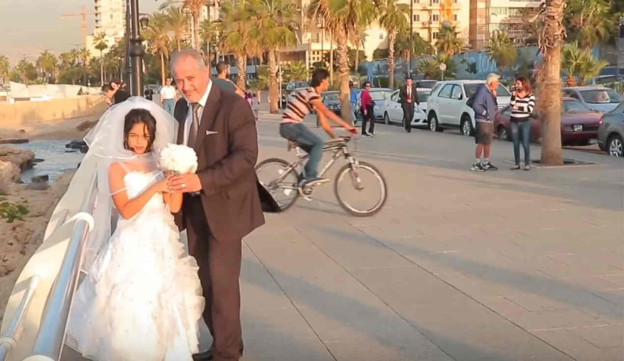 The #ChildMarriage social experiment that Lebanese NGO Kafa produced last year and that was reproduced in New York earlier this year has won 9 international awards so far including:

Awareness is much needed on child marriage in Lebanon as the legal age is still not set to 18. There are no official stats on child marriage in Lebanon but girls are generally more impacted than boys. These girls are not physically nor emotionally ready to become wives and mothers, and they are at greater risk of experiencing dangerous complications and suffering domestic violence.

Congrats to KAFA on this brilliant campaign!