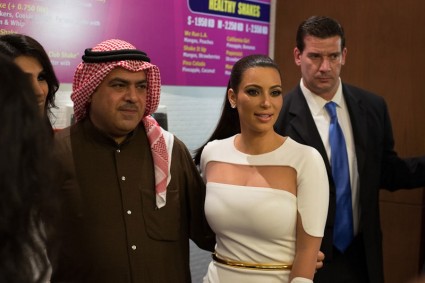 Kim Kardashian launched in the past few days two new branches of Millions of Milkshakes in Kuwait and Bahrain. I was checking the video Mark posted and it was funny to see how people reacted to Kim arriving at Millions of Milkshakes. It’s like everyone went crazy and the same thing happened in Bahrain too.

I would love to see how Lebanese would react to Kim Kardashian’s visit if Millions of Milkshakes ever opens in Lebanon. I don’t expect it to be any different from what I saw in the videos below.

[YouTube]
Video taken by Mark at the Kuwait opening