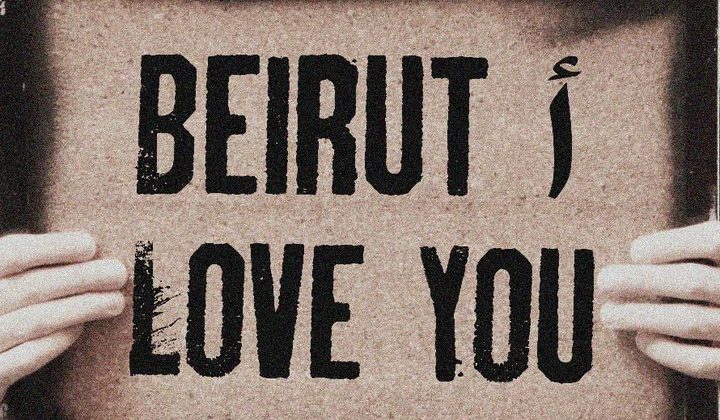 So a French astronaut shows interest in our city which he happens to find beautiful, and we just take this opportunity to roll out all our anger and negativity. A foreigner shares his fascination with a city, sees the beauty in it that we do not see, and instead of appreciating this, we crap all over his post. To say I have always loved Beirut would be an utter lie. I love the dream of a Lebanon that we grew to hope for, and I am learning to love Beirut.

I am currently pursuing an MBA degree at ESA. The professors I have had so far are German, French, Swiss, Slovak, and Greek. Some were on their first visit to Lebanon, and some have been coming here for as long as 17 years. The one thing they all had in common was their utter fascination with the amount of beauty such a small country has. From them, I am becoming increasingly aware that our country really is wonderful. With all the shit we have and go through, this country refuses to die. The beauty that we tend to ignore and dismiss, and apparently we have even reached a stage where we deny this beauty.

Is Beirut perfect? Of course not. And where in the world do you find a perfect city? Los Angeles? Highest rate of homeless people. New York? Only if you really want to be a in a jungle of concrete and trash bags. Paris? I hope you enjoy the smell of piss taking the metro everywhere. You pointing out that it is ugly instead of focusing on the good in it and actually doing something to improve it is the most self-destructive thing we can do. Your criticism and cynicism can very well be pictured as a man shooting himself in the foot… several times.

If you do not already love Beirut, learn to love it. Focus on the good, promote it the way it deserves to be promoted, and believe in it. It won’t cost you 50 lira and keep in mind that all this negativity will affect your and your surrounding.

Philippe Aractingi’s short movie (shown below) is a small reminder that our country isn’t so bad, that foreign people see in our country a dream country, that there’s always hope to overcome the obstacles and make it an even better country.