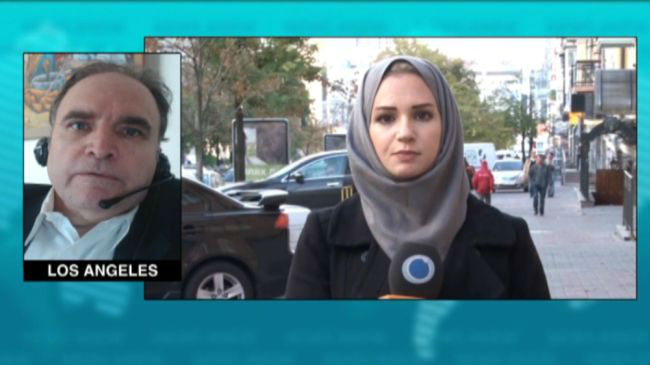 Press TV, for which Serena used to work, is not buying the car accident story and is pointing at the Turkish Intelligence. Serena had stated few days before that the Turkish intelligence agency had threatened her and accused her of spying.

The Lebanese authorities should call for an open and transparent investigation into the death of Serena Shim.

A journalist working for Press TV on the Turkish-Syrian border was killed on Sunday in what are claimed to be suspicious circumstances.

Serena Shim was reported to have died in a car accident while returning to her hotel in Turkey after leaving the strategically important Syrian town of Kobani.

She was a passenger in a car that collided with a truck. But Press TV, an Iranian broadcaster, does not accept that it was an accident.

Her death occurred the day after she broadcast an item – as shown in the clip above – in which she said the Turkish intelligence agency had threatened her and accused her of spying.