The Lebanese Army is fighting a historic battle against ISIS on the northeast border with Syria. The “Fajr al-Jouroud” operation got underway at 5AM after Army commander General Joseph Aoun tweeted the below:

“In the name of Lebanon, the kidnapped soldiers and the blood of the martyrs, and in the name of the heroes of the great Lebanese Army, We declare the launch of ‘Fajr al-Joroud Operation’ in the outskirts of Ras Baalbek and al Qaa”. 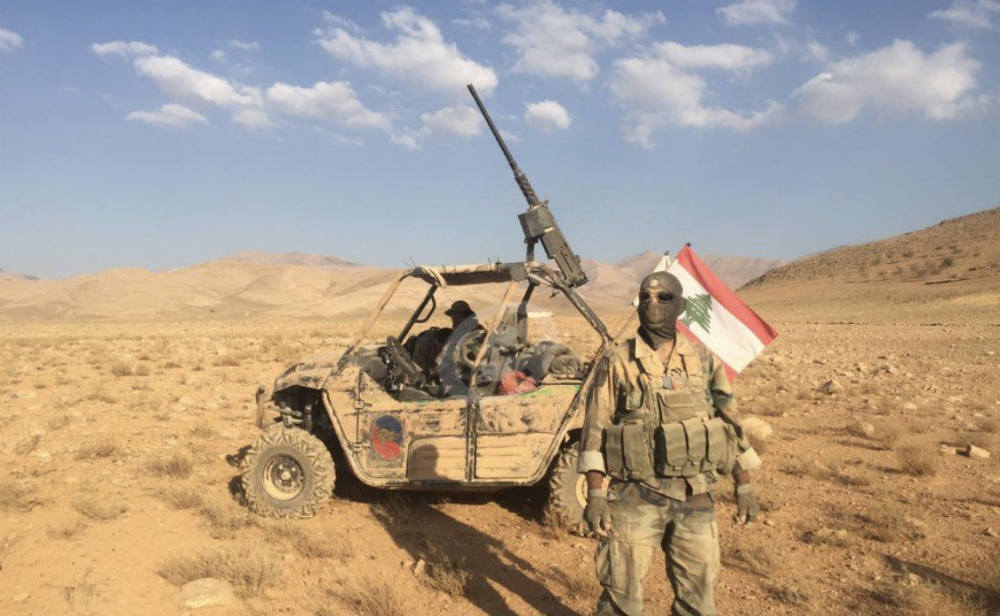 We already defeated ISIS in a battle back in 2014 and we will definitely defeat them again. Unlike 2014, our borders are much better guarded now, we have better weaponry and our soldiers are extremely well-trained so let’s hope the battle will be a swift one and it won’t cost us many martyrs. Let’s also hope we will be able to bring back alive the 9 kidnapped soldiers.

All of Lebanon’s factions are behind the army and we are confident that our army can destroy ISIS and kick these terrorists out of our land once and for all.

Here’s a map posted by the Daily Star showing where the fights are taking place, noting that another offensive was launched today at around the same time from the other side of the border by Hezbollah and the Syrian Army. 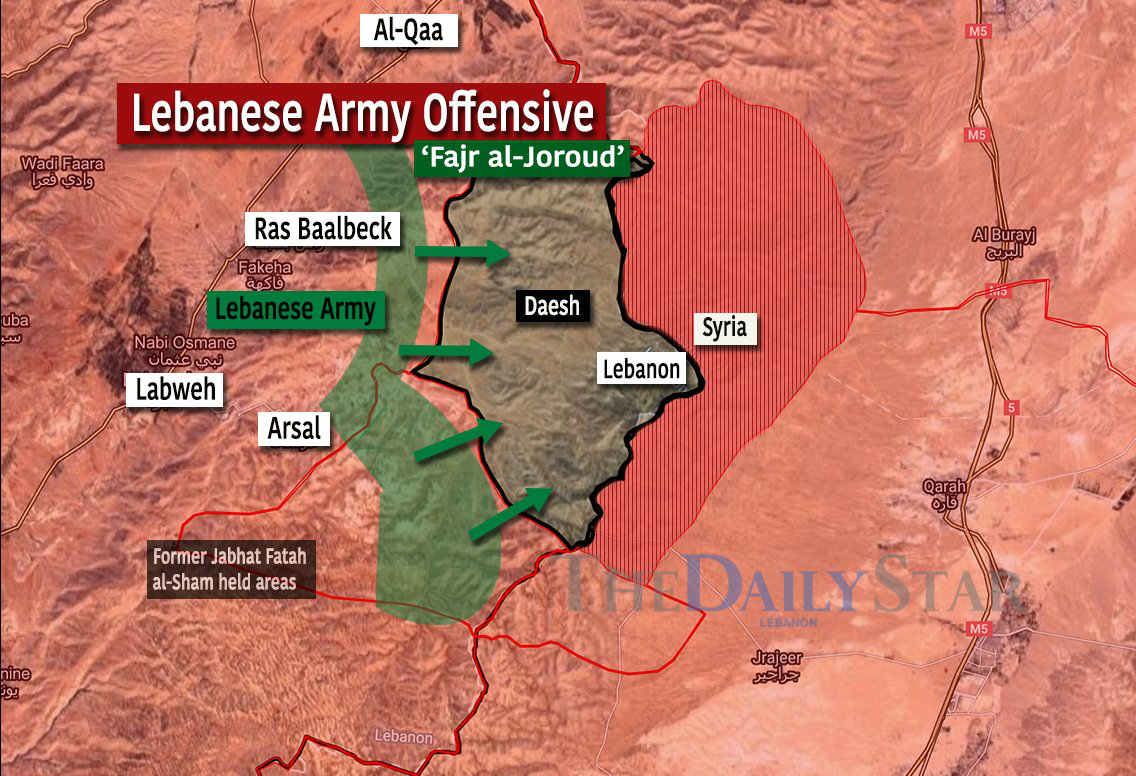