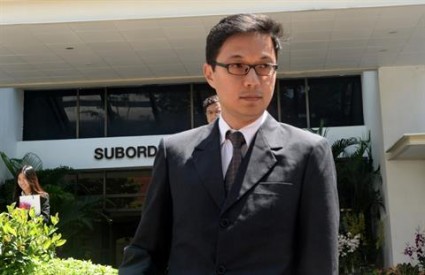 Gary Low, the lawyer for the three Lebanese referees accused of accepting free sex – via DailyStar

First 24 Lebanese Football players get accused of match-fixing in Lebanon back in February 2013 and now 3 Lebanese Referees pleaded guilty to accepting free sex from a gambling-linked global syndicate in return for rigging a match in Singapore.

According to the judge, this is the first international football match officials are charged with corruption in Singapore.

It would be interesting to see if they will still be allowed to work as referees in Lebanon.

A Lebanese football referee was jailed for six months Tuesday after pleading guilty to accepting free sexual services from a gambling-linked syndicate which offered the bribe as an inducement to rig a match in Singapore.

Ali Sabbagh, 34, was described by a district court judge as the most culpable of three Lebanese football match officials charged with corruption in the city-state. [DailyStar]