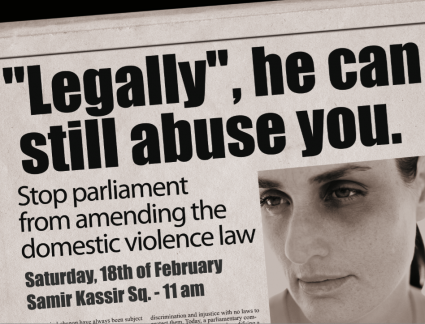 A 62 year old Lebanese accused of stabbing his wife to death got his sentence reduced from 15 years in prison to paying a fee of 25 Million Liras (Around 17,000$) to the victim’s family. The man had already spent 6 years in prison but was able to go out with a fine because his wife refused to sleep with him and used to insult him and yell at him. I wonder how he was able to prove that.