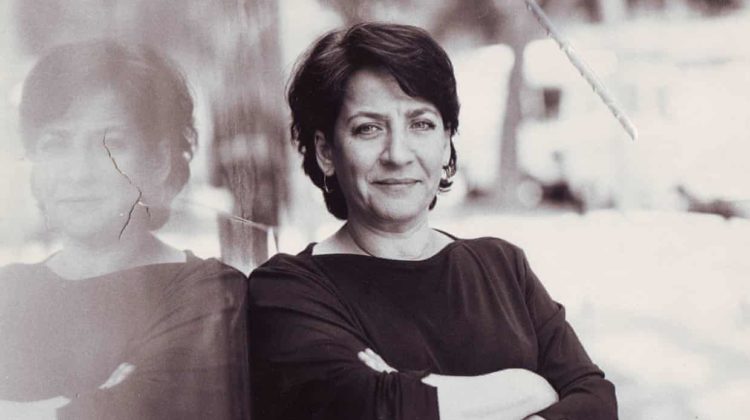 The Night Mail by Hoda Barakat was announced as the winner of the 12th International Prize for Arabic Fiction (IPAF) at a ceremony held at the Fairmont Bab Al Bahr in Abu Dhabi few days ago. The IPAF is funded by Abu Dhabi’s culture ministry and is considered as the most prestigious and important literary prize in the Arab world. Its aim is to reward excellence in contemporary Arabic creative writing and to encourage the readership of high quality Arabic literature internationally through the translation and publication of winning and shortlisted novels in other major languages.

The Night Mail was selected from six shortlisted works by authors from around the Arabic-speaking world. The chair of judges, Charafdine Majdouline, called the winning book “a highly accomplished novel that stands out for its condensed economy of language, narrative structure and capacity to convey the inner workings of human beings. By choosing to use techniques well-known in novel writing, Barakat faced a challenge, but she succeeded in creatively innovating within the tradition.”

In addition to winning USD $50,000, funding will be provided for the English translation of The Night Mail, and Barakat can expect an increase in book sales and international recognition. The English translation rights have already been sold and Oneworld Publications in the UK will publish Barakat’s winning book as The Night Post in 2020.

Barakat is a Lebanese novelist, who was born in Beirut in 1952. She has worked in teaching and journalism and currently lives in France. Barakat has published six novels, two plays, a book of short stories and a book of memoirs. She received the ‘Chevalier de l’Ordre des Arts et des Lettres’ in 2002 and the ‘Chevalier de l’Ordre du Mérite National’ in 2008. Her novels include: The Stone of Laughter (1990), Disciples of Passion (1993), The Tiller of Waters (2000) which won the Naguib Mahfouz Medal for Literature in that year, and My Master and my Lover (2004). Her fifth novel, The Kingdom of This Earth (2012), reached the IPAF longlist in 2013. In 2015, she was a finalist for the Man Booker International Prize, given (at that time) every two years to honour a writer’s overall contribution to fiction on the world stage. Barakat has featured in English in Banipal magazine on several occasions including the publication of excerpts from A Tiller of Water in autumn 2009.