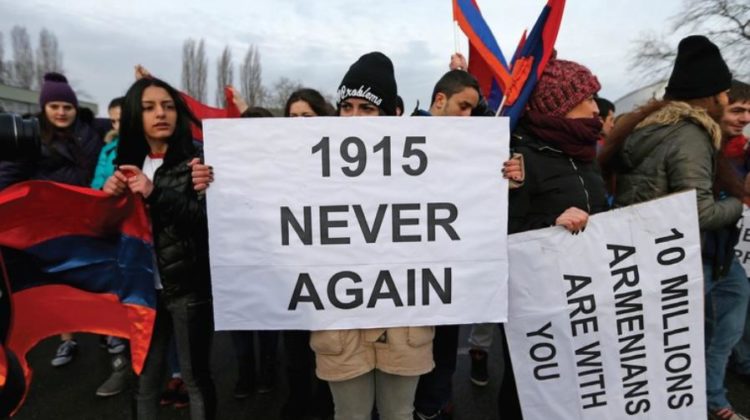 Turkish Ambassador to Lebanon has denounced the burning of the Turkish flag and wants the necessary judicial measures to be taken against the perpetrators. This comes as no surprise as Turkey has been working for years now under Erdogan to validate its status as an oppressor of minorities and its own people most recently, and lead the world in imprisoning those who disagree with him or the way he leads his nation.

However, if we were to put aside Turkish politics and our history with the Ottoman Empire, and treat this as a simple diplomatic matter between two countries, PM Hariri should indeed take necessary action if applicable as long as he does the following:
– Arrest ALL those who held Turkish flags and roamed the streets of Beirut as it’s illegal to hold any foreign country’s flag.
– Have them tried for inciting sectarianism and disrupting the public order.
– Have them tried for burning another country’s flag (Armenian flag).

On a last note, and for those who still think Armenians have a problem with the Turks but we don’t, the Ottoman Empire is responsible for the death of HUNDREDS OF THOUSANDS of LEBANESE during their rule and have yet to apologize for the atrocities committed against us. This matter concerns us as much as it concerns Armenians in Lebanon.