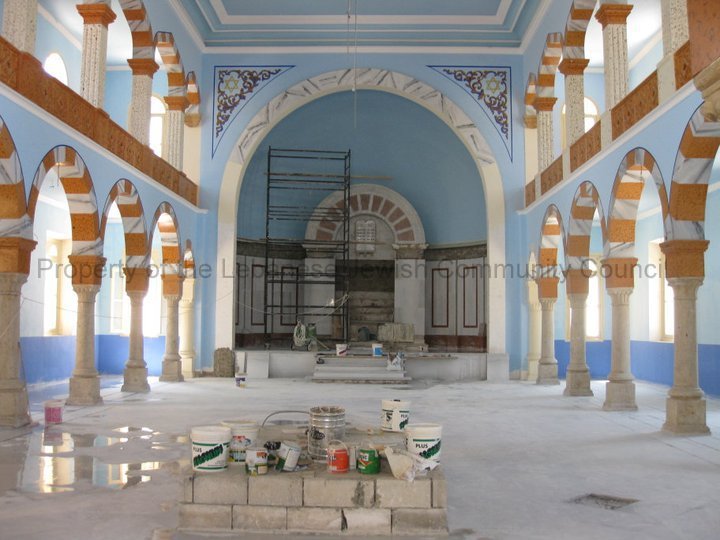 In 1932, the population census of Lebanon indicated there were 3,588 Jews Living in Lebanon. The number of Jews still living in Lebanon today is estimated to be less than 200. Check out this nice read by Dalal Mawad.

Check out also these old pictures of Weddings and Bar Mitzvah at Beirut’s Maghen Abraham Synagogue.

Sasson is a Lebanese Jew, born and raised in Beirut. She left Lebanon with her husband and children in 1972 and settled in Brooklyn, New York. She was not expelled nor persecuted. She chose to leave because of political instability and a feeling of insecurity as a member of the Jewish community.

The civil war prevented her from returning to Lebanon. When the conflict stopped, she said she was no longer welcomed in her own country. It was only in 2008, after her husband’s death, that she decided to go back to finalize some paperwork.

According to Shultz’s book, “The Jews of Lebanon,” the first Jews came to the region that is now Lebanon around 1,000 BCE. They settled mainly in the ancient cities of Tyre and Saida.

Under the Ottoman Empire, Jews gained autonomy in the management of their affairs. A large number of Spanish Jews fleeing the country’s Inquisition came to the area in 1710, moving to the Chouf Mountains and working in silk production and agriculture. But the war of 1860 between the Maronites and the Druze, caused many Jews to leave the area, settling in the cities of Saida, Hasbaya, Tripoli, and Beirut. In Beirut, most Jews settled in the area of Wadi Abou Jamil, later known as the Jewish neighborhood of Beirut.

Lebanon’s Jews were Arabic-speaking and French-educated and had surnames in common with other Lebanese families – a significant indication of how intertwined the community was with its fellow compatriots. Srour, Sayegh, Haddad, Hamadani, and Majdalani are family names common among Christians, Muslims, and Jews.

According to Shultz, the Alliance Israelite Universelle established its first schools in Beirut at the end of the 19th century. Two synagogues were built in the mountain resorts of Aley and Bhamdoun and a third in the southern city of Saida. In Beirut, the Magen Abraham synagogue was built in 1926.

Lebanese Jews celebrated their religious holidays and shared them with Muslims and Christians. “For the Jewish Passover, the government used to send high level officials to attend the ceremony in the synagogue,” recalled Suzette Sasson. “For Christmas or Ramadan, we used to send greeting cards to our friends and neighbors.”

See Also:How To 69 On The Saida Highway
Posted By Najib
Categories LEBANON,SOCIETY