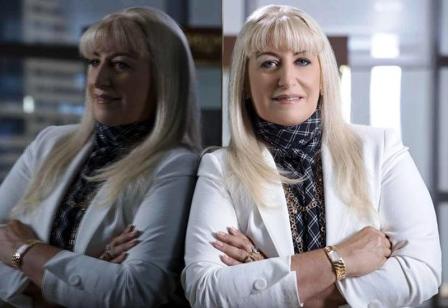 Arabian Business released their “100 most powerful Arab women 2014″ list and 17 Lebanese women were ranked among the top 100, with Swatch’s Nayla Hayek climbing 2 ranks from last year to 6th position. UAE’s Sheikha Lubna Al Qasimi is still ranked first for the fourth year in a row.

Nayla Hayek is one half of a brother and sister team that oversees the world’s biggest watch company. Last year, Swatch posted a 20 percent increase in annual profits to $2bn, with overall revenues coming in at just under $10bn.
Hayek, whose father co-founded the company, has been an active member of the board ever since her appointment in 1995. When her father died in 2010 he was ranked the 232nd richest person in the world with an estimated wealth of $3.9bn.
Swatch’s importance lies not just in the fact that it is such a huge manufacturer; it makes most of the parts that make other Swiss watches tick. The firm has been on the acquisition war path in recent years; its stable of brands includes Breguet, Blancpain, Omega, Longines and Tissot.
Last January, the watch giant announced it had acquired the Harry Winston Diamond Corp’s luxury goods operation in a deal valued at as much as $1bn. After that deal was concluded, Hayek became CEO of the company.