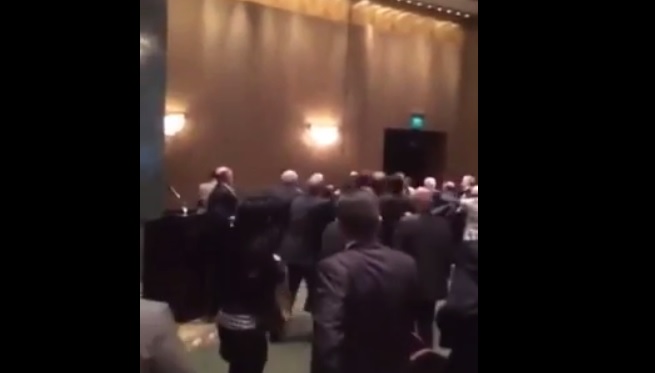 Members of the Syrian delegation assaulted Fadi Saad, a Lebanese lawyer, after he spoke against the Syrian army and the Syrian regime during the 23rd conference for Arab lawyers that was being held in Egypt. You’d expect lawyers to be the last people to resort to violence but then again everything is different in the Arab world.