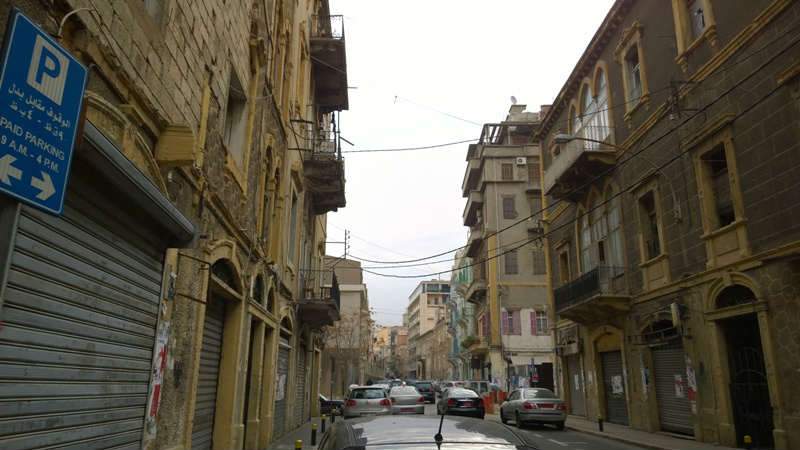 I really can’t believe it took this long for the parliament to drop the ridiculous old rent law, but they’ve finally done and I think the new law proposed is fair for both tenants and owners. For those of you unaware of the old rent law, it was enacted after World War II and is one of the weirdest laws still in existence, as it gave more rights to the tenants over the owners, and kept the rents at the same fixed price as originally agreed. As a result, there are still people paying 400$ a year for an apartment in Beirut while market rent prices are at their highest level.

In order to explain things, I gathered info from various sources and compiled them into four key paragraphs:

What Is The Old Rent Law?
Inherited from a first law that was enacted at the end of the Second World War, Rent Acts n°159 and 160 — known as the “old rent” law — were introduced in July 1992 after the end of the civil war. They froze all rental agreements signed before this date, which accordingly do not take into consideration inflation, the increase in rental housing market, and Lebanon’s currency collapse during war years (especially between 1983 and 1987). However, old rents are supposed to take into account the eventual rise in wages. Meanwhile, the law liberalizes rental agreements signed after July 1992 and allows new rents adjustment every 3 years. In addition to giving the opportunity to transmit the right to occupancy to other family members, the legislation specifies that old agreements can be called off in two specific cases only: building demolition and the use of the real estate property by the landlord or his/her family members. Any breach of agreement generates tenants compensation set by a court decision. Compensations usually reach an amount of 25 to 50% of the asset value. [Source]

So basically, you can only ask the tenant to leave if you wish to destroy the building (or the building collapses like what happened in Achrafieh two years ago), or one of the landlord’s family members wishes to live in the apartment as long as he proves a need to do so. Moreover, even if you have proof, you will need to pay the tenant to go out and agree on an amount with him or go to court.

The New Law Proposed:
The new law was drafted by the Parliament’s Administration and Justice Committee, chaired by West Bekaa Member of Parliament Robert Ghanem. A copy of the draft law in the form submitted to the committee was obtained by Executive, despite Ghanem’s office attempting to withhold it from the media. In its current form, the draft law seeks to find a solution by having tenants on old rent pay gradually higher rents over a six year period. Through government-appointed experts that report to a judicial committee, properties will be evaluated and an amount agreed upon by both the landlord and tenant. Then each year for the first four years the tenant will pay a 15 percent increase in rent, then 20 percent per year for the fifth and sixth years. After this time, the property can be rented at free market prices, but the tenant has the right, if they notify the landlord three months before the period ends, to stay on for a further three years, although at market rates agreed upon between both parties.

If a landlord wants to reclaim the property for family usage during the six-year extension period, then he has to pay compensation to the tenant equivalent to four years rent after four years of rental increases. To tear down a building, the same principle will be applied but on the value of the total six years of increased rent. In either of the above situations, if a property is considered ‘luxurious’, compensation will be reduced by half. [Executive-Magazine]

In Numbers:
While the old rent issue could have been a marginal one if the number of tenants was relatively low, according to the advocacy group named the Committee for the Rights of Tenants (CRT), some 170,000 of Beirut’s 210,000 tenants pay old rent rates. But just as no one is exactly sure how many people there are in Lebanon (the last national census was in 1932), the number of properties on old rents — and the number of people living in them — is not exact either. According to Joseph Zoghaib, head of the Association of Landlords in Lebanon, based on taxation records and copies of rent laws submitted by municipalities to the Finance Ministry, there are 81,000 tenants on old contracts and an estimated 40,000 to 50,000 on new contracts. As to the number of landlords affected, Zoghaib estimates it at anywhere between 15,000 to 20,000. [Executive-Magazine]

Even if the numbers provided are not 100% accurate, what’s sure is that tens of thousands of tenants and owners are affected by this law.

What will happen now that the new law is passed?
Adopting the new law was important to resolve the never-ending dispute over the percentage increase of the rent hikes between tenants and owners. Instead of resorting to lawsuits and attending court sessions, rents would increase gradually over a 6-year period till they reach 5% of the current market value of the apartment. Moreover, and in order to assist the low-income tenants who won’t be able to afford the new rent prices, a government fund will be established to cover the difference in rents over a period of nine years. As far as landlords are concerned, they will be able to ask tenants to evacuate the apartment in exchange for 20% of its value.

Having said all that, the new law will definitely have a huge impact on the real estate market in the upcoming years, as landlords who were previously suffering from the old rent law will be able to sell or rent their apartments at market prices. As a result, there will be more supply and rent prices might go down. On the other hand, real estate companies will definitely seek to buy these old buildings and make way for new skyscrapers in Beirut. In regards to that last point, I think the concerned parties should come up with a plan to preserve Beirut’s identity (or whatever is left of it) and put some restrictions on the new buildings that will replace these old ones. On another note, the new law will help resolve Beirut’s Derelict Buildings problem as owners will have enough money to cover the maintenance costs.

I do realize that a lot of families will suffer from the new rent law, but a lot of owners as well were suffering as they were unable to profit from their apartments to help out their families. For example, I know a landlord who wasn’t well off and couldn’t get his son to move in to one of the apartments he had because the tenants wouldn’t leave them. As a result the son had to rent an apartment at market price. All in all, we needed a new law and I think the one the parliament passed is fair enough for both sides.

“Definitely there are both positive and negative repercussions from the eventual introduction of a large [amount] of stock to the market,” said Karim Makarem, director of Ramco, a real estate advisory firm. “If landlords are looking to sell or to rent, a substantial amount comes online, not to mention that the former tenants who vacate will need to be housed. So there are many new possibilities as well for developers.” One possible knock-on effect would be more supply than demand, which would lower real estate prices. For that reason, Sanyoura suggested it is “a good time to consider implementing this law as we’re not in a boom market.”

With buildings being vacated and renovated, and others being torn down for new projects, Zoghaib opines that $50 billion could be pumped into the economy in the coming years. A back of the envelope calculation of 30,000 buildings being re-developed at an average of $500,000, would generate $15 billion and potentially billions more in associated services.

A further boom could occur if another stuck-in-a-time warp law is overturned: the pre-1992 law concerning commercial rents, which is similar to the residential law in fixing rents, but to remove a tenant requires the landlord to compensate for the “loss of footfall” to the premises. “We’ll have a party when the [new rent] law passes and the next day move onto proposing a commercial rents bill,” said Zoghaib. [Source]