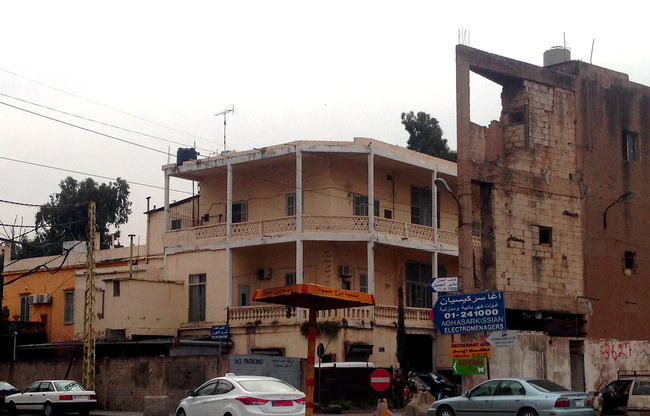 Based on this article, Beirut Engineers Syndicate head Elie Bsaibes has proposed a solution to address this problem that goes as follows:
– Amend the current rent law which contains many legal loopholes which prevent the maintenance of old buildings.
– Create a special fund for the reinforcement of cracked buildings using the best technical and least expensive methods.
– Propose legislation that defines building conditions and establishes mechanism for tending to unstable buildings.

This is a good initiative and should be followed up promptly by the concerned authorities. We shouldn’t wait for another tragedy to strike before doing anything.

“There are more than 3,000 buildings in Beirut that were built before 1950 and did not meet building public safety standards, and are at risk of collapse,” said George Rabahye of the Committee for the Defence of Old Property Owners’ Rights.

Rabahye, who lives in a house in Ashrafieh his father bought in 1930, told Al-Shorfa the house was built with sandstone and limestone and has been repaired and rehabilitated over the decades without issue.

“All old buildings that are at risk of collapse have the same construction specifications as my house,” he said. “Their owners are unable to repair them as required for many reasons, foremost among them the low rent.”

“After the collapse of the Fassouh building, the municipal council received hundreds of requests from citizens to have their old buildings inspected, and we informed some of the owners of buildings that are susceptible to collapse of the necessity to vacate them,” said deputy Beirut mayor Nadim Abou Rizk.

“Our responsibility is limited to the inspection of those buildings when we are requested to do so,” he said. [Link]