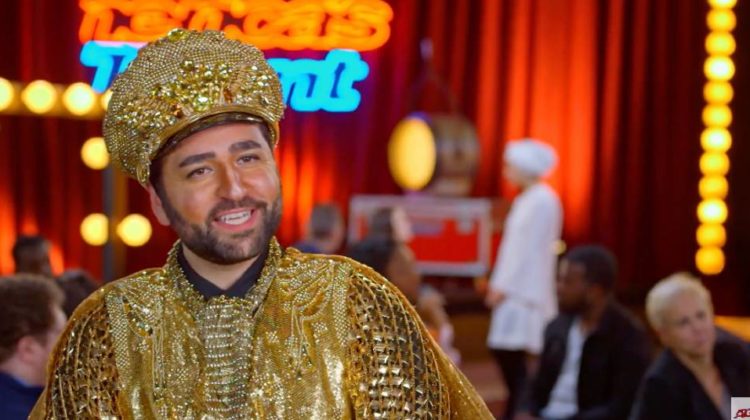 Update: His named is Ra’ed Saadeh and took part in the #MBCTheVoice as well. His performance was much better back then. Via @Ghazayel.

I’m guessing this guy is Lebanese since he said his name is and an old footage of him performing at some Lebanese talent show is featured in the video. I’m hoping he’s not though because that was a terrible and an embarrassing performance. And to think that he actually went to college for singing and even did his masters.

At one point, I felt like he was trying to imitate the Opera lady from the Fifth element with all these gestures and eccentric looks.

PS: Someone should dig out his performance at that old Lebanese talent show.