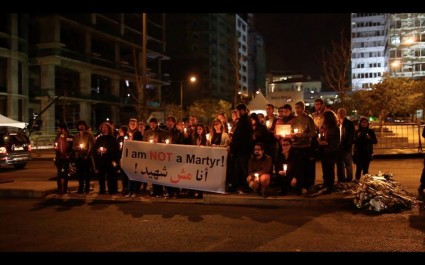 I’ve been meaning to write about this online campaign yesterday but unfortunately another explosion took place yesterday killing more innocent people this time in Dahieh. The #NotAMartyr campaign followed the unfortunate death of 16 year old Mohammad Chaar who was taking a selfie with some friends when the car behind them exploded.

Mohammad Chaar, just like Malak Zahwi and her mother and all the innocent civilians who died in previous bombings, are not martyrs but victims. They just wanted to have fun with their friends, go to school and get an education, or just live a peaceful life. They definitely didn’t want to die in a car bomb and then be exploited politically in their funeral.

Unfortunately though, there’s nothing this online campaign can do to prevent these bombings at the moment, but at least more and more people and specially the upcoming Lebanese generations are realizing the disastrous scenario Lebanese officials are dragging us into and hopefully will make them pay for it in the ballots.

This bloodbath must stop but I don’t see it happening anytime soon and I have no idea what we should all do to avoid getting killed by mistake by a suicide bomber or a booby-trapped car. Are we supposed to stop going to schools and universities, or quit our jobs and stay home?

Personally speaking, I am not changing my daily routine but I will try to go out less often in the upcoming weeks or months. 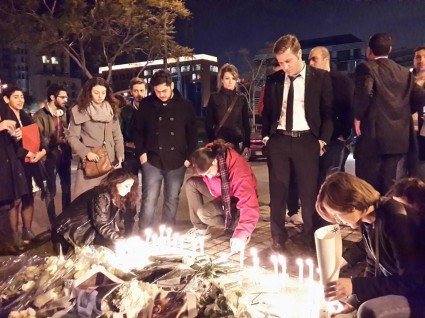