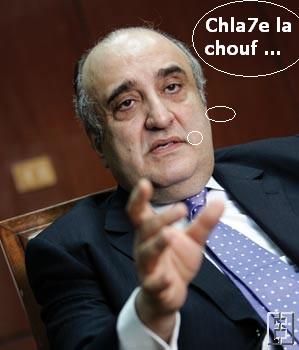 Here’s an excerpt of what came in that response:

“The truth is that we are not â€œfreeâ€ women wearing bikinis and partying all night. The truth is that we are deprived, poor and oppressed. Our bodies which you say are free, are still subject to many social, domestic, legal and economic restraints. We, as injured and humiliated women, ask the Ministry of Tourism to recall this advert immediately and to apologize for this insult. Because out bodies aren’t delicious fruit to offer to consumers so they will visit the â€œhomelandâ€ to pick out what they desire.”

Is it acceptable for the Ministry of Tourism to promote Lebanon as the â€œcabaret of the Middle Eastâ€ to tourists? Can’t it revive tourism without selling women’s bodies? Dear Ministry, how can either we or you accept our bodies becoming the goal and target of the lust of the arriving spenders? How are we supposed to understand that â€œLebanon Bluesâ€ is connected to our naked bodies? How can the Ministry of Tourism promote a message to the whole world that Lebanon is a country which sells its women for the sake of the tourists?

I am not surprised that Fadi Abboud might come out with such ads, he is known to be filthy and vulgar and has reportedly hit a female worker at his ministry few months back. Moreover and to make things worse, he issued a statement today that he wants to go through the Miss Lebanon 2011 applicants this year in order to â€œensure the competitionâ€™s high standardsâ€. [Article]

I wonder how he plans on ensuring the competition’s high standards?

I must agree with Mustapha from BeirutSpring that “itâ€™s very unfortunate that a person with such dubai-esque sensibilities is the one in charge of promoting a place as rich and diverse as Lebanon. Whatâ€™s even more unfortunate is that heâ€™s using Lebanese women as Lebanonâ€™s unique selling point.” [BeirutSpring]

See Also:Beirut no longer the "Paris of the Middle East"
Posted By Najib
Categories INFORMATION,LEBANON,SEX,TOURISM