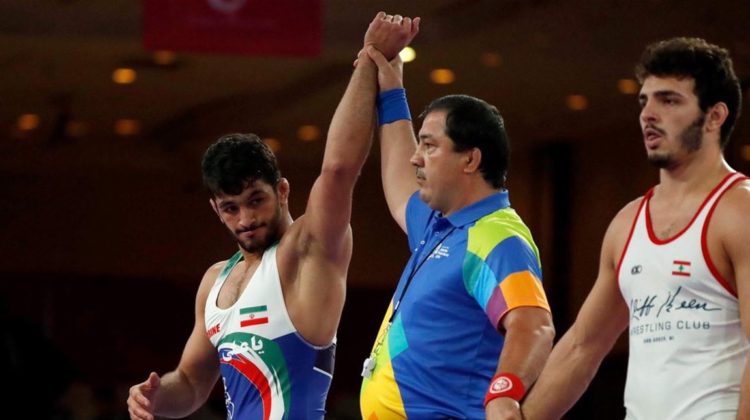 This is not the first time this happens and won’t be the last. Yet another Lebanese athlete forced to drop out of a competition to avoid confronting an Israeli. This time it was Lebanese Wrestler Dominique Abi Nader, who withdrew from the 2019 Senior European Wrestling Championships taking place in Kazakhstan.

I read somewhere that Dominique wanted to play but then decided otherwise (wise call), but vowed not to represent Lebanon again. I wouldn’t be surprised if he does so, not because he doesn’t love his country, but because there’s absolutely no point in training hard & aiming high when you are bound by such rules.

I’ve said it before and repeat it:

I don’t understand the logic behind participating if we are bound by such rules. Imagine training for years to make your country proud, then having to withdraw because of that. I think the Lebanese federation & Ministry of Sports should make up its mind regarding this matter: Either we play everyone or we don’t take part in the tournament if there’s a chance of meeting an Israeli athlete. A third option would be agreeing with the international federation to avoid such draws if possible given the political circumstances. If we ever want to succeed in world tournaments and advance in sports, we have to attend more international tournaments, hence risk competing against all nationalities.

Why isn’t defeating Israeli athletes considered as a sort of resistance and standing up to their heinous crimes?